Now, threat of indefinite anti-farm law protests in other parts of country

'Farmers in South India will protest at district headquarters, and indefinite protest sites will be started' 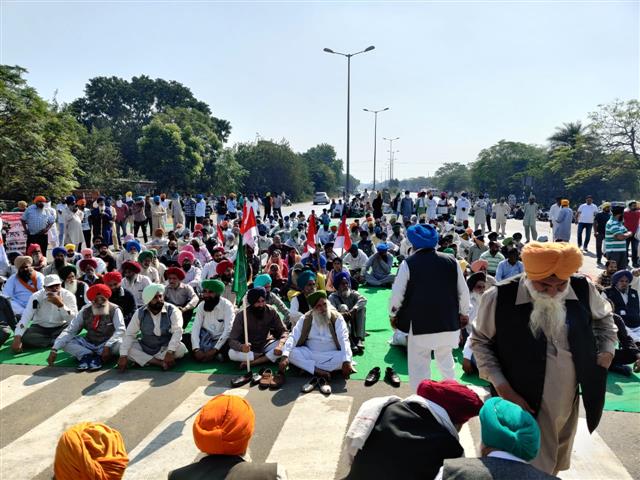 As farmers on Thursday turned down conciliatory proposals offered by the Narendra Modi-led BJP government, they made another significant announcement. Tribune photo

As farmers on Thursday turned down conciliatory proposals offered by the Narendra Modi-led BJP government, they made another significant announcement.

According to Kavitha Kuruganti of Mahila Kisan Adhikar Manch, one of the 40 unions invited for the talks with Union Ministers Narendra Singh Tomar, Piyush Goyal and Som Prakash, on December 14 there is a call to all north Indian farmers to come to Delhi.

"On the same day, farmers in South India and other distant states will protest at district headquarters, and indefinite protest sites will be started," she said.

It is an eventuality that could spell more trouble for the Narendra Modi government which is facing a domestic situation quite unlike any it has dealt with in the past six years in power.

The only time it was forced to make some sort of a U-turn on an issue was in 2015 when it agreed to drop amendments to the Land Acquisition Act, 2013.

The government had also shelved the idea regarding tax concessions to corporates after the famous ‘suit-boot ki sarkar’ jibe by Congress leader Rahul Gandhi, will also be witnessing the mother of all protests against corporates.

The farmers have also given a call for "boycotting Jio services and Adani/Ambani malls and products."

The offer of nine amendments in five laws has been rejected by unions, who also declared to intensify their agitation. While BJP leaders quoted Rajasthan panchayat, Greater Hyderabad municipal and Bihar victories to claim endorsement of new farm laws by rural India, Union Minister Prakash Javadekar called deliberations with farmers “work in progress”.

It remains to be seen whether the PM Modi will be the last stop in the government’s strategy after Amit Shah’s surprise intervention but so far there is no clarity over the next round of talks after the cancellation of the scheduled sixth-round on Wednesday. Farmers' leaders indicate a window in case they find "some acceptable offers".

The agitation is now spilling beyond Delhi, which continues to be the main point of farmers’ protest. The government may be working on support from some unions on its middle path proposal but the majority of farmers are not in the mood to listen, calling its proposals an “insult”.

1. State governments can collect market cess/fees on transactions outside the market yards also if they want.

2. State governments can do the registration of traders if they want.

3. Farmers will be able to go to Civil Courts for dispute resolution, in addition to existing mechanisms in the law.

4. Registering contracts between farmers and company within 30 days

5. Farmer's land or any structure created on it under the contract cannot be mortgaged, leased, removed etc

6. Farmers’ land cannot be attached under any circumstances.

7. Written assurance that current procurement levels of the government at MSP will be kept in future also.

8. Electricity (Amendment) Bill is still a draft, no change in the present system

9. Concerns regarding the provisions of the Air Quality Ordinance will be addressed.