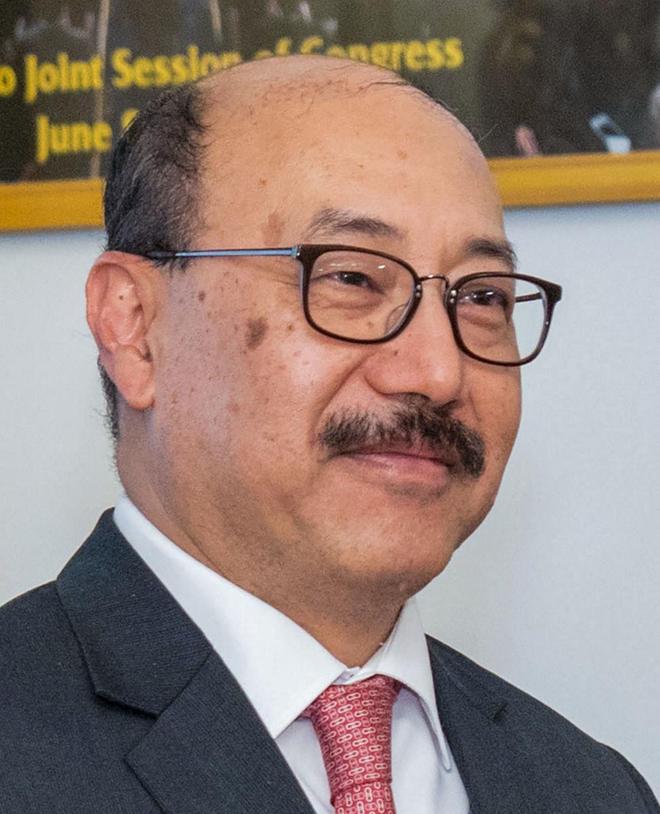 India on Monday assured Dhaka that the updation of the National Register of Citizens (NRC) in Assam will have "no implications" on Bangladesh, asserting that it is an "entirely internal" process carried out on the direction and under the supervision of the Supreme Court.

Bangladesh Foreign Minister AK Abdul Momen and Home Minister Asaduzzaman Khan cancelled their visits to India in December over prevailing situation following the passage of a new citizenship Bill by the Indian Parliament.

Dhaka was also apparently upset following the roll out of the NRC in Assam even though India repeatedly conveyed to it that the issue was an internal matter of the country.

Speaking at a seminar titled "Bangladesh & India: A Promising Future" in Dhaka, Foreign Secretary Harsh Vardhan Shringla said the process of updating the NRC in Assam took place entirely at the direction and under the supervision of the Supreme Court of India.

"Let me clearly state here what our leadership has repeatedly confirmed at the highest level to the Government of Bangladesh: this is a process that is entirely internal to India."

"Therefore, there will be no implications for the government and people of Bangladesh. You have our assurance on that count," Shringla told the audience which included Prime Minister Sheikh Hasina's international affairs adviser Gowher Rizvi.

The Foreign Secretary, who previously served as India's high commissioner in Dhaka, is the first seniormost Indian official to visit Bangladesh after the amended citizenship Bill was passed by Parliament.

Dhaka is worried over reports that India may send back thousands of Bangladeshi immigrants under the new citizenship law according to which members of Hindu, Sikh, Buddhist, Jain, Parsi and Christian communities, who have come from Pakistan, Bangladesh and Afghanistan till December 31, 2014 following religious persecution there, will get Indian citizenship.

Prime Minister Hasina had taken up the issue of NRC with Prime Minister Narendra Modi during their bilateral meeting in New York in September.

Addressing the seminar, Rizvi said Dhaka did not like to see any situation in India that could affect Bangladesh's secular social fabric.

"Our commitment to secularism is absolutely central and we do not want to see any situation where our secularism will be threatened anyway," he said.

Rizvi expressed Dhaka's willingness for continued close cooperation with India to ensure that "our secularity in society grows from strength to strength".

He said minorities in Bangladesh were "absolutely equal citizens" with the government attaching the highest priority in protecting and addressing their rights and issues, and there was no way Bangladesh would ignore a situation when minorities were affected in any possible way.

Rizvi described India's NRC as a burning issue but expected it to remain as an internal or domestic affair of the country as stated repeatedly by Prime Minister Modi having no impact on Bangladesh.

"We have accepted that (repeated assurance) and we have good reasons to believe that we should not worry," he said.

During his visit, Shringla is scheduled to call on Prime Minister Hasina and Foreign Minister Momen and hold talks with Foreign Secretary Masud Bin Momen. He is expected to discuss the preparations for the upcoming visit of Prime Minister Modi to Dhaka this month to attend the birth centenary of the country's founder Bangabandhu Sheikh Mujibur Rahman.

"I trust that our Prime Minister's visit later this month will fully exemplify India's strong sentiment of goodwill, trust and respect for Bangladesh," he said.

"Bangbandhu is iconic - as a globally recognised statesman and iconic symbol of liberation for Bangladesh and for our subcontinent. He is as revered and remembered in India as he is here in Bangladesh," Shringla said.

"Let me wish you on the centenary of this great son of Bangladesh: a man of letters, a man of action, courage and conviction, and most of all, a true hero, for he liberated from oppression the spirit of a people and brought forth a nation. As Prime Minister Modi has said, 'Sheikh Mujibur Rahman is our national hero too'," he said.

"India and Bangladesh have been able to address and resolve some of the problems that bedevil relations between any neighbours - problems such as those of borders and land exchanges. We have done so with maturity, grace and sophistication," Shringla said referring to differences over some bilateral issues.

"Our partnership will reach its true potential when we recognise that our interests converge. It is in the spirit of of finding common ground rather than being bogged by a few differences that we have jointly agreed to work to enhance navigability of waterways," he said. PTI