Nuclear power capacity to treble by 2031: Govt : The Tribune India

16 indigenous projects to come up, production expected to reach 22,480 MW 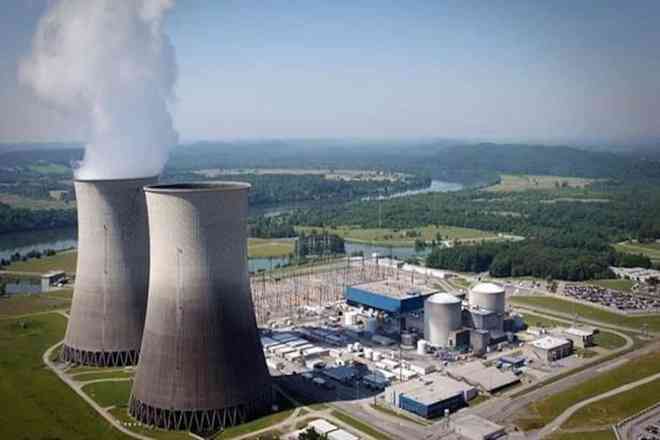 Even as the Indo-US nuclear pact of 2005 is yet to result in new projects with foreign aid, the Union Government is working on an indigenous nuclear power programme with six pressurised heavy water reactors (PHWRs) under construction and additional 10 approved.

One of these standard 700 MW PHWRs — Kakrapar Atomic Power Project (KAPP-3) in Gujarat — is poised to become operational this year. 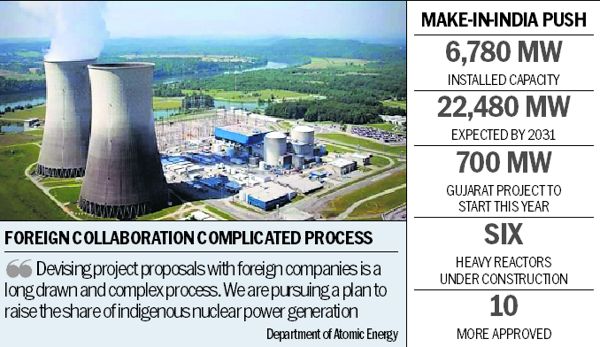 The Department of Atomic Energy (DAE) told the Parliamentary Standing Committee on Science that it was pursuing an ambitious plan to raise the share of nuclear power generation in the national pie.

“The present installed nuclear power capacity of 6,780 MW is expected to reach 22,480 MW by 2031 on the completion of projects under construction,” the DAE said, signalling trebling of installed capacity.

The committee had earlier asked the government to power indigenous heavy water reactors, noting that the Indo-US pact had so far not resulted in new commercial projects, barring Kudankulum project in Tamil Nadu.

“It is felt that it would be better for the DAE to adopt a standardised 700 MW heavy-water reactor and use that design for its expansion plan in an aggressive manner,” the panel told the government. It also cited challenges in negotiating new projects with foreign cooperation.

Apart from the six PHWRs, the government has sanctioned 10 more to be set up in fleet mode. Pre-project activities are in progress in respect of these 10 PHWRs.