Apex court declines Nupur’s plea to club all FIRs against her on Prophet remark | VHP, Bajrang Dal members booked in gurugram for abusive slogans at rally 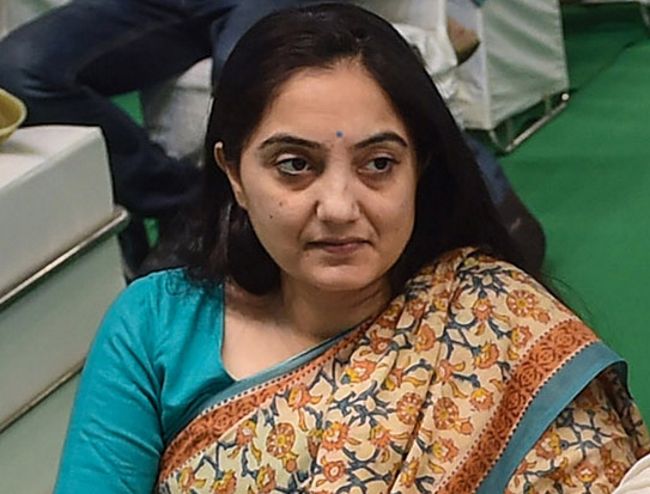 The Supreme Court on Friday slammed suspended BJP spokesperson Nupur Sharma for her recent anti-Prophet remark saying she had a “loose tongue” and her comment had “set the entire country on fire, leading to unfortunate incidents”.

The way she has ignited emotions, this lady is single-handedly responsible for what is happening in the country. We saw the debate.  Supreme Court Bench

No respect for other religions

Being spokesperson is not a licence to say things like this... These people do not have respect for other religions. The remarks were made for cheap publicity or political agenda or some other nefarious activities. — SC

It’s no secret the BJP seeks to profit from inflaming communal passions. The SC remarks resonate with the entire nation and should make the BJP hang its head in shame. - Jairam Ramesh, Cong Gen Secy

The observation came three days after the grisly killing of a tailor in Udaipur over “insult to Islam”. The vacation Bench of Justices Surya Kant and JB Pardiwala refused to entertain Nupur’s plea to club all FIRs in the case and allow her to join investigations being conducted by the Delhi Police.

Nupur later had to withdraw her petition as the SC asked her to seek relief from the high courts concerned. The Bench said Nupur should have apologised to the country immediately after her remark during a television debate. “She actually has a loose tongue and has made all kinds of irresponsible statements on TV and set the entire country on fire. Yet, she claims to be a lawyer of 10 years standing. She should have immediately apologised… These remarks are very disturbing and smack of arrogance. What is her business to make such remarks? These people are not religious. They do not have respect for other religions. These remarks were made for cheap publicity or political agenda or some other nefarious activities,” the Bench said. Responding to Nupur’s plea through her lawyer, senior advocate Maninder Singh, that she had already apologised, the court said the “apology came too late and conditionally, saying if religious sentiments are hurt and so on”. The SC also questioned the Delhi Police’s role saying they had not touched her despite an FIR. “They must have put out a red carpet for you,” the Bench said. Dismissing Nupur’s submissions on threats to her life, the court asked if she “faced a threat or whether she had herself become a security threat?”

“The way she has ignited emotions, this lady is single-handedly responsible for what is happening in the country, we saw the debate,” said the Supreme Court. The court’s refusal to entertain her petition means she would have to join investigations in Mumbai, Jammu and Kashmir, Hyderabad and Nagpur where she faced FIRs.

When her lawyer said Nupur was reacting to other TV panellists as a party spokesperson, the court noted, “Being a spokesperson is not a licence to say things like this… If there is misuse of debate, the first thing she should have done was to file an FIR against the anchor.” The Bench also asked “what the business of a TV channel to discuss a sub judice matter was except to promote an agenda”.

Dismissing arguments that various apex court verdicts had said there could not be multiple FIRs for one action, Justice Kant said Nupur could approach the high court for remedy if there was a second FIR. The court rejected the submission that the Supreme Court in the Arnab Goswami and other cases had discouraged multiple FIRs.

“The case of a journalist expressing his right on a particular issue is on a different pedestal from a spokesperson of a political party who is lambasting others with irresponsible statements without thinking of the consequences,” the Supreme Court said with Justice Kant noting, “Yes… in a democracy, grass has the right to grow and donkeys have the right to eat”.