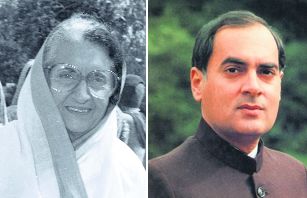 Past breaches have triggered major reviews of Prime Ministers’ security, with the most comprehensive overhaul happening on June 2, 1988, when Parliament passed the Special Protection Group Act to protect the PMs after Indira Gandhi’s assassination by her bodyguards on October 31, 1984.

February 8, 1967: Then PM Indira Gandhi was attacked with a brick during an election rally in Bhubaneswar, but she continued her speech from the dais and proceeded to conclude her tour to Kolkata.

October 2, 1986: Then PM Rajiv Gandhi continued his Rajghat visit on the occasion of Gandhi Jayanti despite three shots being fired at him; he went about his day even as the attack exposed serious security lapses.

Every Prime Minister reacted differently to the threats they faced, with the issue triggering a heated debate across social media and political circles today in the wake of PM Narendra Modi’s security breach during his Punjab visit yesterday.

Moments after PM Modi cancelled his Ferozepur rally on Wednesday after protesting farmers blocked his cavalcade’s route, Congress chief spokesperson Randeep Surjewala reminded the ruling BJP of the “resoluteness and firmness” with which late PMs Indira Gandhi and Rajiv Gandhi had faced dangers in their times.

The first reference was to how Indira Gandhi, despite being attacked with a brick during an election rally in Bhubaneswar on February 8, 1967, continued her speech from the dais and proceeded to conclude her tour to Kolkata before returning to Delhi and getting her nose operated upon.

The second reference was to late PM Rajiv Gandhi who continued his Rajghat visit on the occasion of Gandhi Jayanti, October 2, 1986, despite three shots being fired at him.

Earlier in 1937, when Jawaharlal Nehru was campaigning in view of the provincial elections in British India, a group of dacoits had blocked his way in Chambal.

The dacoits quickly lost their steam when the senior Congress leader stepped out of his vehicle and offered to talk.

In the aftermath of the Operation Bluestar, then PM Indira Gandhi had refused to remove Sikh bodyguards from her inner security ring despite the warning by security agencies.

Then Director in the PMO Wajahat Habibullah told The Tribune today, “The security agencies at the time should have never consulted PM Indira Gandhi. Her security was their responsibility and they should have acted on their own in view of the threat perception. Even today, the principal responsibility for the lapse in the PM’s security in Punjab rests on the central security agencies. The role of the state police comes later.”