Alam sings a song 'When The Saints Go Marching' for Bedi 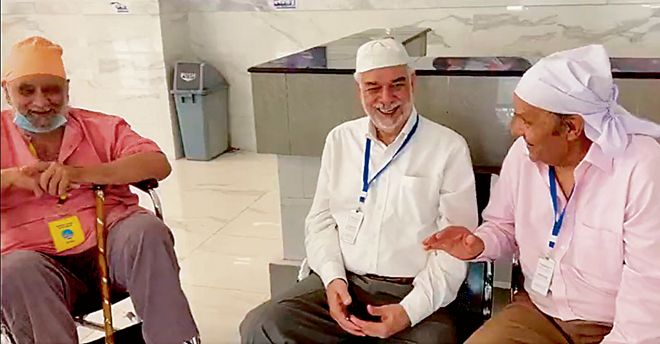 When Bishan Singh Bedi and Intikhab Alam, former captains of the Indian and Pakistani cricket teams, met at Gurdwara Kartarpur Sahib on Tuesday, Bedi wanted a song from his old friend. Alam obliged with ‘When The Saints Go Marching’, in the throaty style of jazz legend Louis Armstrong.

The two cricketers have a history with this number. “In 1971, when we were part of the same team, the World XI, for four months on the tour of Australia, we formed a Sunday Club for entertainment,” says Alam, who turns 81 in November. “I used to sing during our Sunday gatherings, and Bishan used to love my singing. So when we met yesterday, we talked about the old times for hours, and he wanted me to sing a song.”

Bedi, 76, has rarely been seen in public since early last year, when he underwent a heart surgery, which was followed by a brain surgery to remove a clot. But he was very keen to make the journey to Kartarpur, for both spiritual and earthly reasons — he was desperate to meet an old friend.

“We last met in 2013, in Kolkata,” says the Hoshiarpur-born Alam. “After he had a stroke last year, we have been praying for him, and my wife has been in constant touch with his wife Anju. Anju had been saying that Bishan wanted to meet me, and that she would bring him to Kartarpur. So yesterday, we too went from here (Lahore) to Kartarpur and met them and spent four-five hours together.”

Also present was Shafqat Rana, a Shimla-born cricketer who played five Tests for Pakistan. “He is also great friends with Bishan,” Alam says.

“We had a great time together — we had food at the langar there, and we talked about the old times and heard old stories from each other. Anju said she saw Bishan laugh so much after a very long time. So I’m very happy,” adds Alam, who coached the Indian Punjab’s cricket team in the 2000s.

“In 1971, the Indian team played at the Oval against Surrey, for whom I was playing as an overseas player,” he says. “I hit Bishan for two sixers, and after the over he said to me: ‘Why are you hitting only me only for sixers, there are other spinners also in the team!’ He had a great attitude, great respect for the game. He is a very straightforward, plain-speaking person, with no trace of hypocrisy in him. We became very good friends, and later became family friends.”