In FIR, the victim, who runs an NGO, alleged that the attackers were sent by AAP MLA and another man 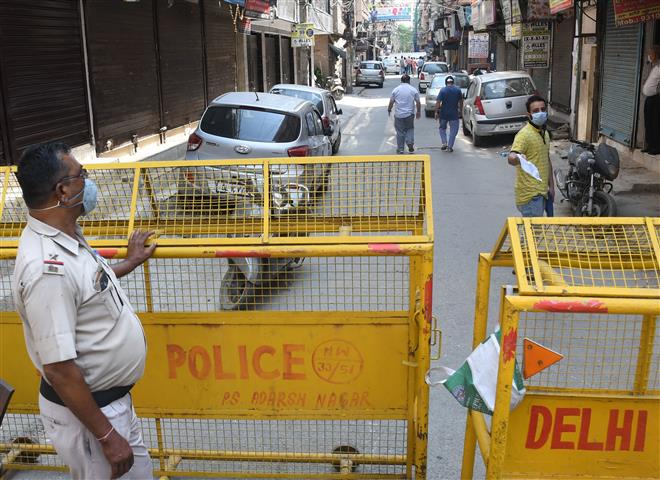 A group of people, including two women, allegedly brutally assaulted a 38-year-old woman with sticks and iron rods and also thrashed her daughter in northwest Delhi's Shalimar Bagh area, police said on Wednesday.

The entire series of events was caught on a CCTV camera and one of the footages which surfaced on social media showed that just after the woman parked her car, her daughter, who stepped out of the vehicle, was physically assaulted by the accused women.

When the mother rushed out to rescue her, two men started punching, kicking and beating up the woman with sticks in the parking area of her residential colony.

The footage further showed that the accused fled the spot when the woman started screaming for help while lying down next to her car.

Police said that on November 19, at around 10 pm, a PCR call regarding a 'beating' was received in Shalimar Bagh Police Station. The victim and her daughter were immediately shifted to Fortis Hospital for treatment and were discharged later.

In her statement, the woman alleged that she was assaulted by two women and four men, who she alleged were supporters of AAP MLA Bandana Kumari, police added.

When contacted, the MLA refuted all allegations and termed them "baseless".

"All these allegations are baseless... She (victim) lives in my neighbourhood and this has been her nature, she keeps accusing me every time. I have no connection with her or this case," Kumari told PTI.

Deputy Commissioner of Police (Northwest) Usha Rangnani said that during investigation, CCTV footages were analysed in which four people were seen beating the victim.

"Based on the CCTV footage, two women Megha (22) and Neha (20) were arrested and efforts are being made to nab remaining two accused and proceedings for non-bailable warrants against the accused have already been initiated," she said.

Meanwhile, two other men, who the victim alleged were also part of attack, moved court following which it issued directions to police to not to take any "coercive action" against them till further orders.

According to the FIR, the woman alleged that the incident took place when she and her daughter were returning home from Pitampura.

The complainant alleged that her daughter's phone was snatched by the accused women and two men assaulted the woman with sticks and iron rods.

In the FIR, she claimed that while she was being assaulted, she heard the attackers discussing that they would not paid money by those who hired them, if the woman and her daughter were killed.

Police said that both the MLA as well as the victim have in the past filed cases against each other and further investigation into the matter is underway.

Police said they are probing the case from all angles, including that of personal enmity. PTI