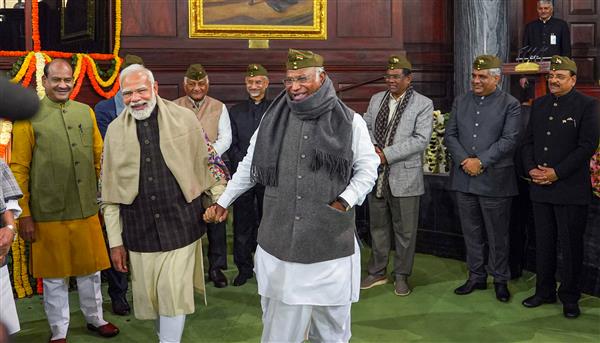 The proposed memorial will have a museum, a cable car ropeway, a laser-and-sound show, a guided heritage trail through historical buildings and a theme-based children’s amusement park, besides a restro lounge, officials said. “I pay my tributes to Netaji and Param Vir Chakra awardees. The land where Netaji first unfurled the flag of India is all praise today for the parakram of the Azad Hind Fauz,” said Modi.

“This is the land where the Tricolour was hoisted for the first time, where the government of independent India was formed for the first time,” he said. “These 21 islands will now be known by the names of Param Vir Chakra awardees, and the Netaji memorial will be a site for inspiration for the future generations,” Modi said. “Unfortunately, the sites of the Independence struggle, Andaman’s identity, were tied to the reminders of colonisation. Even the names of our islands were imprinted with the past of colonisation,” Modi said recalling his visit to the islands in 2018 when he renamed Ross Island.

The PM also spoke about the newly inaugurated statue of Netaji here and said the statue of Netaji on Kartavya Path reminded us of our duties. “I believe these initiatives should have been taken before in the interests of the nation,” the PM said, adding that nations that had tied their leaders to the public conscience progressed fast.

Modi said there were many messages in the naming of the 21 islands. “The message of ‘Ek Bharat, Shreshtha Bharat’ reflects the bravery of our armed forces.” Just like an ocean connects different islands, the feeling of ‘Ek Bharat Shreshtha Bharat’ ignites the spirit of “Bharat Mata and India First,” he noted. Union Home Minister Amit Shah, who was physically present at the event, said, “PM Modi’s initiative to name the islands after Param Vir Chakra awardees will ensure they are remembered forever.”