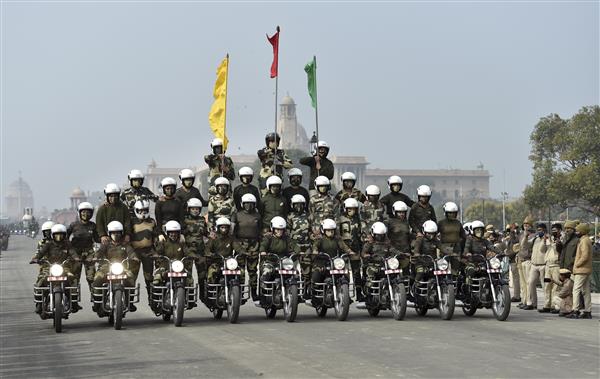 At this year’s Republic Day parade, the Indian Air Force (IAF) will pay homage to some of the exploits of its pilots and also the armed forces during the 1971 war with Pakistan.

The IAF tableau that will be part of the parade at Rajpath will have a display of a jet that was used in bombing the Governor’s House at Dacca (now Dhaka) in East Pakistan (now Bangladesh). Also, a model of the Gnat fighter aircraft will form the display. The Gnat had earned the name ‘Sabre Slayer’ for its efficacy in shooting down Sabres, a name for Pakistan Air Force jet.

The flypast will pay homage to two important events that possibility changed the course of the 1971 war in the Eastern Theatre. Among the several formations that will be flying, the IAF has named two of the flying displays as ‘Tangail’ and ‘Meghna’.

Tangail is the place in Bangladesh where the Indian Army’s Parachute Regiment personnel were airdropped behind enemy lines. A Dakota, a plane used for para-dropping in 1971, will fly past the Rajpath as part of the flying display. It will be flanked by two Dornier 228 planes. This segment of the display is named Tangail.

Meghna is a river east of Dhaka and crossing it was important during the 1971 war if Indian forces wanted to capture the city. IAF helicopters were used to cross thousands of Indian Army troops across the 4 km expanse of the Meghna. The flying display at Rajpath will commemorate that event. A Chinook heavy-lift helicopter and four Mi17V5 helicopters will fly in at the fly-past and the segment is named Meghna.

The flypast will conclude with seven jaguar fighter jets flying in the formation of numerical ‘75’ in the air. “The flypast this year will be the grandest and largest with 75 aircraft from the IAF, Army and the Navy,” said Western Air Command spokesperson Wing Commander Indranil Nandi.

Among the other aircraft that will be on display are the Rafale, the Indian Navy’s MiG29K, P-8I surveillance aircraft and Jaguar jets, besides the Russian Mi-17V5 helicopters, locally made Advanced Light helicopter and the US-made C-130 special operations plane.

Significance of the two events

Tangail: It’s is the place in Bangladesh where the Indian Army’s Parachute Regiment personnel were airdropped behind enemy lines

Meghna: It’s a river east of Dhaka and crossing it was important during the 1971 war if Indian forces wanted to capture the city

The Republic Day parade this year will see the ‘grandest and largest’ flypast ever with the participation of 75 aircraft to mark the Azadi ka Amrut Mahotsav celebrations. The flypast will conclude with seven jaguar fighter aircraft flying in the “Amrit” formation to commemorate 75 years of Independence.