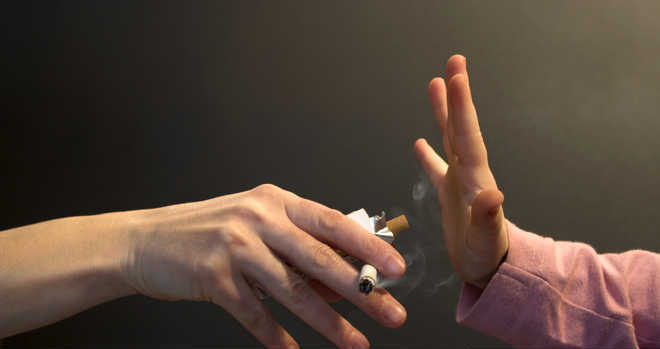 Besides, the state has witnessed a significant decline in the use of tobacco among adults too. The survey in 2016-17 recorded a decline of 24 per cent in tobacco use from 2010. “If we go by the real-time data at present, the decline is roughly around 50 per cent. It puts us among the best performing states on this count,” said Dr Gopal Chauhan, state programme officer for tobacco control.

The sharp reduction in tobacco use could be attributed to the programme’s success in reducing the exposure of smoking at home. “In the 2010 GATS survey, 82.5 per cent adults were exposed to smoke at home. Thanks to sustained efforts, the number came down to 32.9% in the second survey in 2016,” he said. Dr Chauhan considers the lowest prevalence of tobacco use among kids as the biggest success. “If we are able to keep a child away from tobacco in this age group, his chances of getting addicted later in life reduce significantly. Also, it is difficult to give up tobacco if one has started using it early in life,” he said.

The other is that it considerably reduces the possibility of children going for some other form of substance use. “Tobacco is the gateway to the world of drugs. If we succeed in keeping youth away from tobacco, we will see less youth doing drugs,” said Dr Chauhan. The state is aiming to bring tobacco use below five per cent by 2030.