Open to alliance in UP: Priyanka Gandhi Vadra 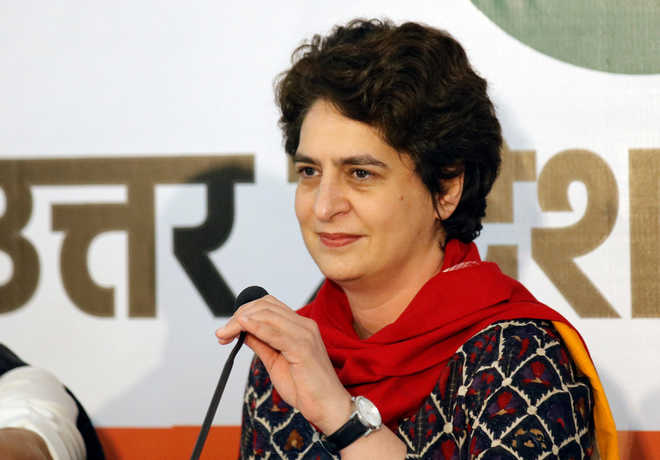 Congress general secretary Priyanka Gandhi Vadra on Sunday said her party was “open-minded” about forging an alliance with other political parties for the Uttar Pradesh Assembly elections.

Asked whether the Congress will go it alone on all 403 Assembly seats in the state or align with some political party, Priyanka told mediapersons in an informal meeting here, “It is too early to say.”

On whether she is ruling out an alliance, she said, “I do not rule it out. We are absolutely not closed-minded. We are keeping an open mind.” “Our aim is to defeat the BJP,” she said, adding that other political parties should also be “open-minded”.

Priyanka said the organisation was also her area of focus and a lot of work had been done on it in a silent manner.

“I have an open mind, but my priority is my party,” she said.

To a question on the Congress becoming active in her presence and tending to become inactive as soon as she leaves the state, the party general secretary said, “When I come (here), there is media focus and you pay attention. But when I am not here, you do not pay any attention. But our work is going on. We have done the maximum work during the Covid-19 pandemic.” — PTI