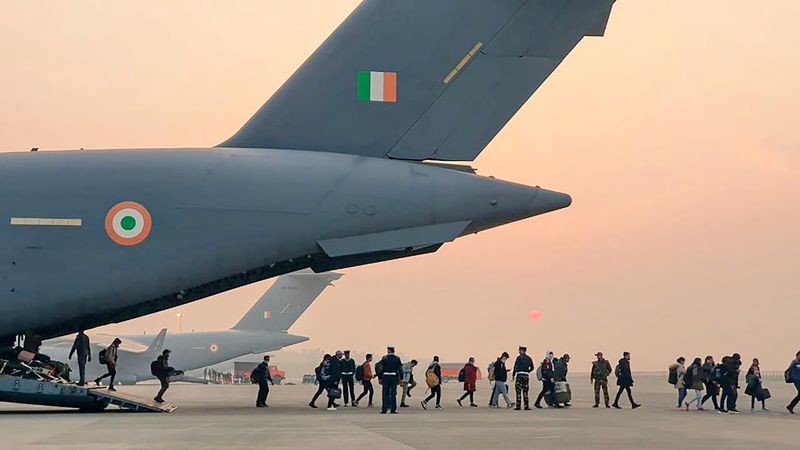 India on Friday expressed its gratitude to Ukraine, Russia and the Red Cross for helping in the safe evacuation of its citizens from various Ukrainian cities in the midst of the ongoing war.

External Affairs Minister S Jaishankar, in a post on Twitter, specifically mentioned that the evacuation of Indian students from the northeastern city of Sumy was "particularly challenging".

He also thanked the neighbouring countries of Ukraine: Romania, Hungary Poland, Slovakia and Moldova -- for their "exceptional support" in bringing back the Indian nationals under the evacuation mission 'Operation Ganga'.

The mission undertaken at the direction of Prime Minister Narendra Modi delivered due to both leadership and commitment. We are thankful to all those who facilitated its objectives, he said.

Following New Delhi's intense diplomatic engagement with the two sides, India evacuated around 600 Indian nationals from conflict-ridden Sumy city on Tuesday after Russia and Ukraine provided a humanitarian corridor for their exit.

India has brought back around 18,000 Indians under the mission.

"We are grateful to NGOs, individual volunteers, corporates, our airlines and the Indian Air Force who worked so tirelessly in this exercise," he said.

He also appreciated the role played by his ministerial colleagues Jyotiraditya Scindia, Kiren Rijiju, Hardeep Singh Puri and VK Singh who were in Hungary, Slovakia, Romania and Poland respectively to coordinate the evacuation efforts.

"Applaud our Embassy in Ukraine and Team MEA for their dedicated efforts in a difficult conflict situation", he added.