Over 1 lakh people achieve literacy in Kerala in four years

According to government figures, it was also a period (2016-2020) that saw most number of tribal people achieving literacy in the last 30 years in the southern state 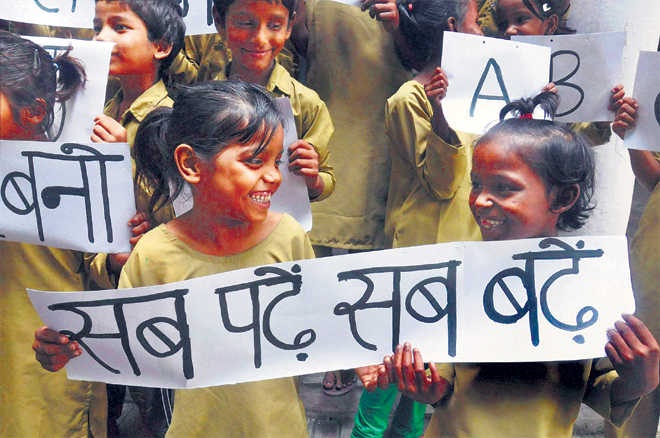 In a historic achievement, a total of 1,08,057 illiterate people, majority of them belonging to the marginalised sections, have been initiated into the world of letters in the last four years in Kerala, according to government figures.

It was also a period (2016-2020) that saw most number of tribal people achieving literacy in the last 30 years in the southern state, it said.

Besides tribals, a large number of fisherfolk people and migrant workers who came to Kerala from other states in search of jobs were also among those who either achieved literacy or pursued their discontinued studies through equivalency courses, officials sources said.

The rare feat was achieved through various programmes implemented by the Kerala State Literacy Mission Authority (KSLMA), an autonomous institution under the General Education Department, Government of Kerala.

Official sources said the figures assumed significance as only 4,600 people had achieved literacy through state government programmes during the period 2011-2015, during the tenure of the previous UDF government.

“After the much touted total literacy programme during 1990s, Kerala had given more prominence to primary education than the eradication of illiteracy in the later decades. After so many years, it was during the last four years under the present government that total literacy campaign was given due importance,” a KSLMA official told PTI.

As per the state Planning Board figures 2011, there were 18 lakh illiterate people in Kerala, he said.

KSLMA director PS Sreekala said the achievement in the literacy and education sector was the result of special drives implemented by the agency focusing on the marginalised areas including tribal colonies and fishing hamlets.

Listing out various projects by the Literacy Mission, she said as many as 12,968 people became literate through the special tribal literacy drive implemented in Wayanad and Attappady in Palakkad district, one of the largest and most backward tribal settlements in the southern state.

A total of 11,941 people achieved literacy through the “Aksharasagaram” project, a literacy-cum-equivalency project implemented in coastal areas of the state, she said.