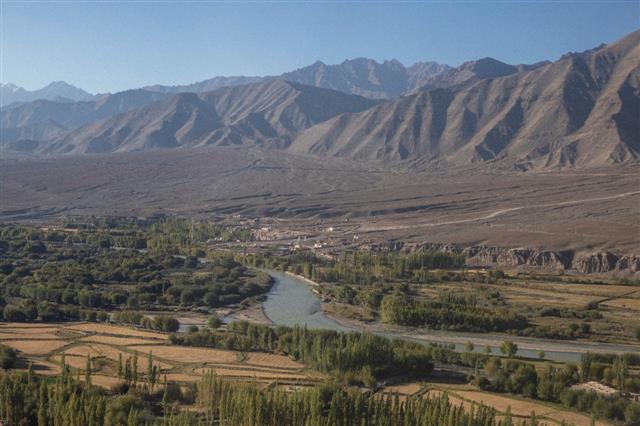 A Pakistan delegation arrived here on Monday for a meeting of the Indus Water Commissioners on March 23 and 24 to discuss routine issues as well as New Delhi’s plans for a series of dams on River Chenab.

This will be the first meeting in over two as also the first after the reorganisation of Jammu & Kashmir and Ladakh into separate UTs and PM Modi’s announcement of several hydel projects in Ladakh UT.

The Pakistan team will be led by its Commissioner for Indus Waters Syed Muhammad Meher Ali Shah and the Indian delegation by Indus Commissioner PK Saxena.

"A host of issues under the treaty, including our objections on the designs of Pakal Dul and Lower Kalnai Hydroelectric Plants, supply of information on new Indian projects on the western rivers and supply of flood data by India, will be discussed," Pakistan Foreign Office spokesperson Zahid Hafeez Chaudhry had observed earlier.

Pakistan fears the dams and storage ponds will give India greater power to block the flow of the river, thus giving it strategic leverage during political tension or war. The World Bank, which is the IWT adjudicator, has often cleared India built dams after asking for minor adjustments to account for Pakistani concerns.

The meeting is part of a graded thaw in Indo-Pak ties that began with last month’s joint ceasefire announcement.