Saleh, Masood claim control of town near Bagram air base 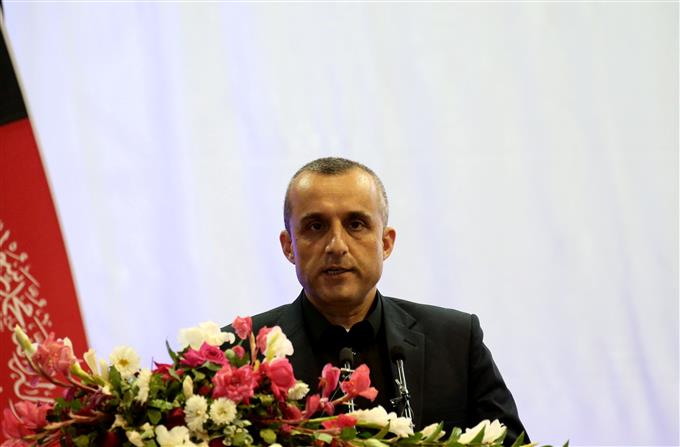 The Panjshiris, who have remained unconquered by the Taliban, staged a show of military strength in their stronghold and claimed to have retaken Charikar in Parwan, which, if true, will put them within striking distance of the massive Bagram airport complex.

The Panjshiris, who are Tajiks by ethnicity, have not forgiven Ashraf Ghani for having abandoned his responsibility and have resolved to resist the Taliban rule by themselves.

Flying the Northern Alliance flag in the Valley which is impregnable due to narrow approaches through the mountain passes, Panjshir Valley militants are being led by First Vice-President of Afghanistan Amrullah Saleh along with Defence Minister Bismillah Mohammadi and Ahmad Masood, son of the legendary “Lion of the Panjshir Valley” Ahmad Shah Masood.

The Tajiks also claim that the militia of Uzbek leader Abdul Rashid Dostum will join them in Panjshir Valley from where they plan a joint resistance to roll back the Taliban from northern Afghanistan.

The claim about Saleh and Masood capturing the town of Charikar, if true, could enable them to land Dostum’s reinforcements from Uzbekistan. A strategically important road passes through Charikar via the Salang Tunnel, which connects Kabul with Mazar-i-Sharif, the largest city in northern Afghanistan and once held by Dostum.