Bill does not aim to privatise ports, says Ports, Shipping and Waterways Minister 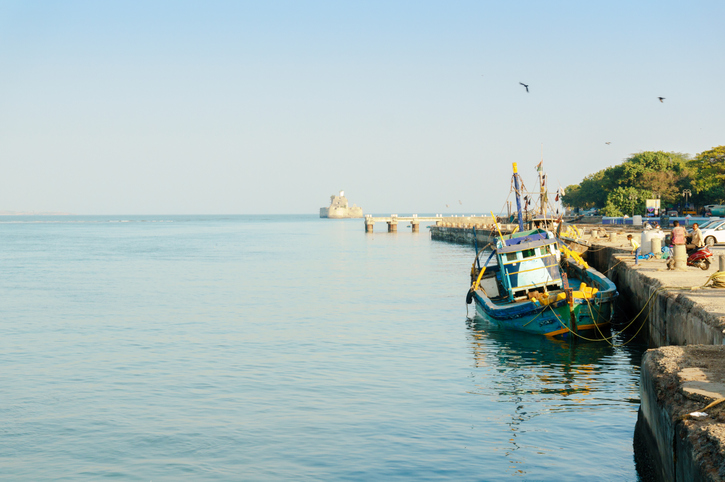 Allaying fears that the Major Ports Authority Bill, 2020 aims at privatisation of the country’s top 12 major ports, Ports, Shipping and Waterways Minister Mansukh Mandaviya on Wednesday said it seeks to provide autonomy to these ports and boost their decision-making powers in order to compete with private ports.

The Major Ports Authority Bill, 2020 was passed through ballot votes in the Rajya Sabha on Wednesday with 84 votes in its favour and 44 against it. The Lok Sabha had passed the Bill on September 23 last year.

Taking a strong objection to some members’ remarks that it is intended to benefit big corporate houses and would result in the ruining of the ports and their plunder, Mandaviya, in his reply to the debate on the Bill, said rather, it would turn these ports into world-class ports and enable their boards to take decisions on their own.

Various opposition parties, including the Congress, TMC, SP, RJD, DMK, AAP, CPI(M) and CPI raised objections on the Bill in the Upper House of Parliament and alleged that it is aimed at privatising the ports and diluting the powers of the states on land use. However, the BJD, JD(U), YSRCP supported it, saying it is a welcome move to expand the port development infrastructure.

Mandaviya questioned: “Have Kerala, Tamil Nadu, Andhra Pradesh and Maharashtra governments not given ports to private companies for development? Did that happen in the tenure of Narendra Modi?”

He said the government, led by Prime Minister Modi, believes in the federal structure and assured the Upper House that “state government representatives will not be removed”.

The minister said: “We developed the Kolkata port on the Public-Private Partnership (PPP) model. We paid the liabilities for all pensioners. The loss-making ports are now profitable. This is because of the reforms.”

He said disputes with private companies and PPP operators are cropping up, but the existing law has no provisions to deal with such issues and the new law will also help improve infrastructure.

Taking a dig at the Opposition for opposing the Bill, Mandaviya said “the sky has not fallen” and the Bill was introduced after taking into account the major recommendations of the standing committee.

Assuring the House to protect the interests of labourers, he said earlier, in the name of labourers, such people were made trustees who had nothing to do with labourers.

No port is in operational loss for the last six years, the minister asserted and took a swipe at the Opposition, saying “Narendra Modi has 123 crore friends”.

He also alleged that earlier, no one knew what happened in the name of dredging and digging sea.

Recalling the country’s rich maritime history, where it traded with the world through the sea route in ancient times, Mandaviya said now, 4,000 km of inland waterways have been developed and made operational.

As many as 300 projects are underway for modernisation of ports while coastal cargo has increased, the total cargo traffic has reached over 700 million tonnes and there has been overall efficiency in port operations.

The Bill was passed through ballot votes after Deputy Chairman Harivansh ordered the lobbies to be cleared for a division vote.

Secetary General of the Rajya Sabha Desh Deepak Verma explained to the members the changed procedure of voting, owing to the change in the seating arrangements in view of the COVID-19 pandemic. Voting was done through division slips and not through the electronic system.

The electronic voting system could not be used as the members were not seated in their usual seats due to social distancing.

Earlier, participating in the debate, Sukhendu Sekhar Ray of the Trinamool Congress (TMC) said it follows the Singapore model of corporatisation and the next step in the offing is privatisation.

P Wilson of the Dravida Munnetra Kazhagam (DMK) alleged that the Bill has only been brought to serve the interests of private players and will lead to the mushrooming of private ports.

Opposing the Bill, Ram Gopal Yadav of the Samajwadi Party (SP) said the government is trying to sell the assets of the country, while Elamaran Kareem of the Communist Party of India (Marxist) alleged that the Bill proposes to convert the port authority into a corporate entity and the assets of the ports will be sold off to private players.

Shaktisinh Gohil of the Congress alleged that it would facilitate the entry of private sector entities into the management of ports.

“Like all airports have gone to a friend, this Bill has been drafted in such a way to give away these 12 major ports to another friend,” he said.

Anil Desai (Shiv Sena) expressed apprehensions of discontent among the employees of the ports while Viswam saw “unseen hands...unseen brain behind the Bill”.