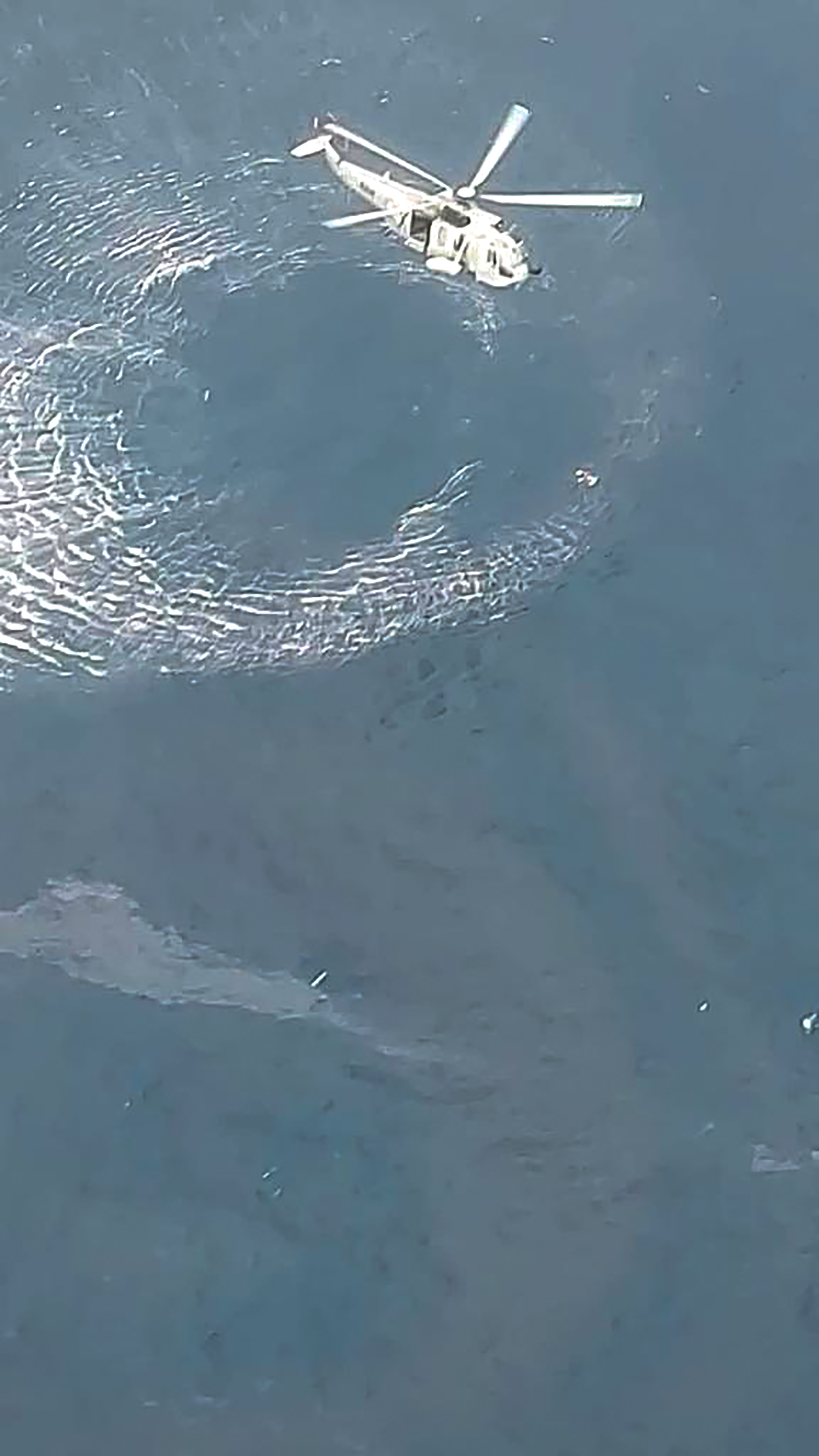 Rescue operation underway after an ONGC helicopter carrying nine persons, including two pilots, fell into the Arabian Sea off the Mumbai coast. PTI

Four persons, including 3 ONGC employees, died when a Pawan Hans helicopter with two pilots and seven others onboard fell into the Arabian Sea about 50 nautical miles from the Mumbai coast.

The helicopter managed to stay afloat with the help of the attached floaters for some time, helping rescuers pull out all the nine people, a company official said.

Four of them were unconscious and were airlifted in a Navy copper to a hospital in Mumbai, where they were declared dead, he added.