Personal attacks will not deter me from duty: LG VK Saxena to Delhi CM : The Tribune India

Personal attacks will not deter me from duty: LG VK Saxena to Delhi CM 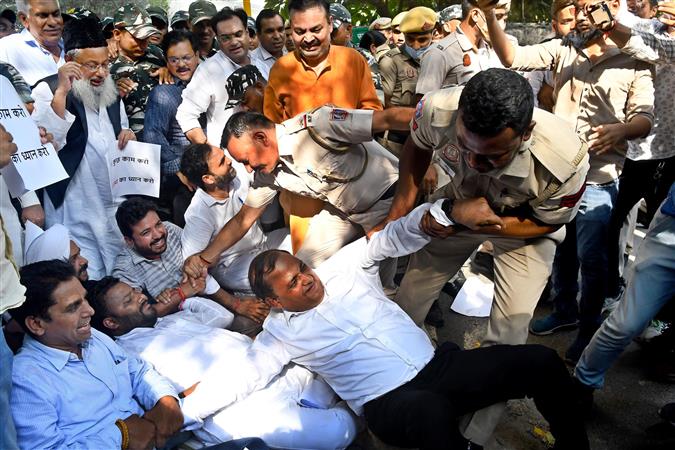 After the ruling Aam Aadmi Party (AAP) of Delhi accused LG VK Saxena of involvement in a demonetisation scam during his tenure as Khadi and Village Industries Corporation chief in 2016, the latter hit out at Chief Minister Arvind Kejriwal on Thursday for peddling “falsehoods” and said “personal accusations won’t deter him from his Constitutional duties.”

Saxena issued a Twitter statement saying he called for good governance, zero tolerance to corruption and better services for the people of Delhi “but unfortunately Chief Minister Arvind Kejriwal in desperation has resorted to diversionary tactics and false accusations.”

“I would not be surprised if, in the coming days, more such baseless personal attacks are made on me and my family. He (CM) should know that I will, under no circumstances whatsoever, be deterred from my Constitutional duties. My commitment to improving the lives of people of Delhi remains unwavering,” the LG said.

He said abiding by the Constitution and his duties towards the people of Delhi, he flagged the issues of grave anomalies in the excise policy that was later withdrawn by the Cabinet headed by the Chief Minister himself; and non-availability of water in foreign missions.