The petrol and diesel prices in Delhi have now become cheaper than other cities in NCR, says CM Kejriwal 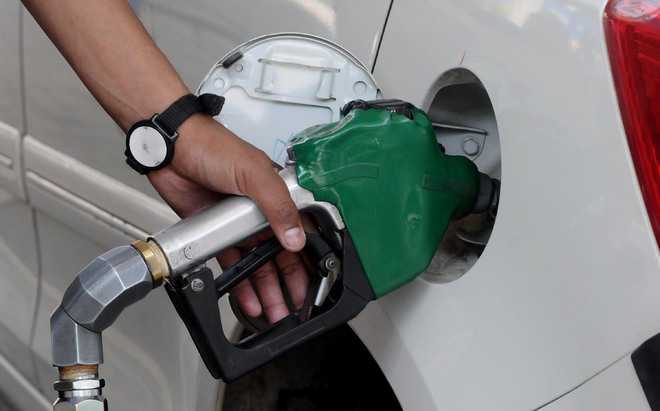 The Delhi government on Wednesday decided to reduce VAT on petrol, bringing down the price of the fuel in the city by about Rs 8 per litre, a move Chief Minister Arvind Kejriwal said will give relief to Delhiites from inflation.

The petrol and diesel prices in Delhi have now become cheaper than other cities in the National Capital Region (NCR), Kejriwal said.

The price of petrol after the reduction in VAT will go down from the current rate of Rs 103 per litre to Rs 95 per litre. The change will come into effect from Wednesday midnight, the officials said.

According to a Delhi government statement, the city's diesel prices are already the "cheapest" in NCR at Rs 86.67 per litre while the rates of diesel in Noida and Gurgaon are Rs 87.01 and Rs 87.11 per litre, respectively.

At a cabinet meeting chaired by the chief minister, it was decided the Value-Added Tax (VAT) on petrol will be reduced from the present 30 per cent to 19.4 per cent, leading to a cut of around Rs 8 per litre, government officials said.

"We made petrol quite cheaper in Delhi today. The VAT was reduced from 30 per cent to 19.4 per cent. Petrol and diesel have become cheaper in Delhi as compared to other NCR cities. I hope this step will give relief to the people of Delhi from price rise," Kejriwal said in a tweet.

The petrol price in Delhi was higher as compared to the NCR cities in Uttar Pradesh and Haryana, where the state governments had announced a VAT cut following the Centre's decision to reduce the excise duty on fuel prices.

Kejriwal, chairing the cabinet meeting, expressed deep concern for the people of Delhi in the current situation and was of the view that the government needs to reduce prices at this juncture to support the public, the statement said.

The Delhi government had "marginally" increased the VAT rate on petrol last year. Back then there was 27 per cent VAT on petrol in Delhi, which was increased to 30 per cent later, it said.

The 10.58 per cent cut in VAT now will directly benefit the public by bringing down petrol price by Rs 8, it added.

Delhi Goods Transport Organisation expressed disappointment over no VAT cut on diesel and urged the Chief Minister for providing relief to transporters.

"We strongly oppose this disappointing announcement by the Delhi government. We will have to run a campaign to ask commercial vehicles not to refill diesel in Delhi if no relief is provided to us," said Rajendra Kapoor, president of the Delhi Goods Transport Organisation. --- PTI