PM Modi for 'one nation, one poll', says turnout must increase 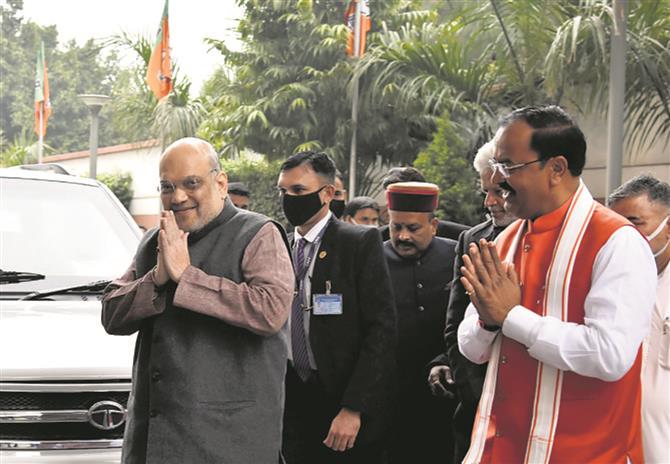 Ahead of the upcoming Assembly elections, Prime Minister Narendra Modi today expressed concern over low voting percentage, especially in urban areas that are considered educated and prosperous. This needs to change in a vibrant democracy like India, he said, interacting with BJP workers from across the country.

Should have 75% voting in next LS poll: Naidu

New Delhi: Vice President M Venkaiah Naidu on Tuesday called for increasing the voter turnout to at least 75 per cent in the next Lok Sabha elections. In his message at an event to mark the 12th National Voters' Day, Naidu said as a nation, “we must think and arrive at a consensus to have simultaneous elections to all three tiers of our democracy and move towards better governance”. Naidu was the chief guest at the event but could attend the function as he is in home isolation in Hyderabad after testing positive for Covid. TNS

Continuous elections result in politics being seen in everything, and development suffers. Narendra Modi, PM

The PM said the voting percentage rose from 45 per cent in the first Lok Sabha polls in 1951-52 to 67 per cent in 2019. “While the rise in the participation of women voters is a good sign, but everyone — from citizens to members of political parties — should also think over low polling,” he said.

It is seen that urban areas, which are considered educated and prosperous, have low polling, the PM said, lamenting that though people discussed elections on social media, they did not actually go and vote. He urged BJP’s “panna pramukhs” to work towards ensuring 75 per cent polling in every election.