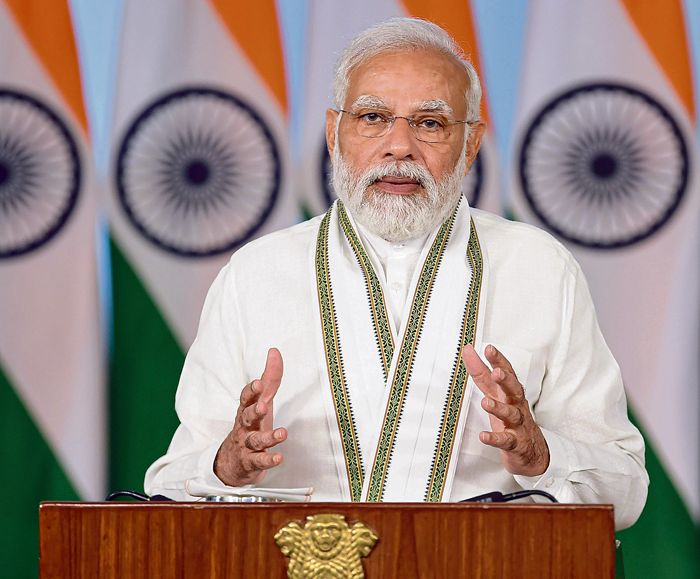 Addressing the gathering, the Prime Minister said science was like that energy in the development of 21st century India which had the power to accelerate the development of every region and state. He said concerted efforts were needed to make India a global centre of research and innovation.

As governments, we have to have more and more cooperation and collaboration with our scientists. This will create an atmosphere of scientific modernity. —Narendra Modi, PM

“Today, when India is moving towards leading the fourth industrial revolution, the role of India's science and people related to this field is very important. In such a situation, the responsibility of people in administration and policy making increases significantly,” the PM said, emphasising that science was the basis of solutions, evolution and innovation.

The Prime Minister, however, said back home, due recognition had not been given to the work of scientists, something which is now being done.

“Scientists are giving ample reasons to the country to celebrate them,” PM said, lauding the role of Indian scientists in developing Covid vaccines.

He said inclination towards science, technology and innovation was “in the DNA of our young generation and we need to support them with full strength”.

He also asked every state to lay down modern policy regarding science, innovation and technology. “As governments, we have to have more and more cooperation and collaboration with our scientists. This will create an atmosphere of scientific modernity,” PM noted.