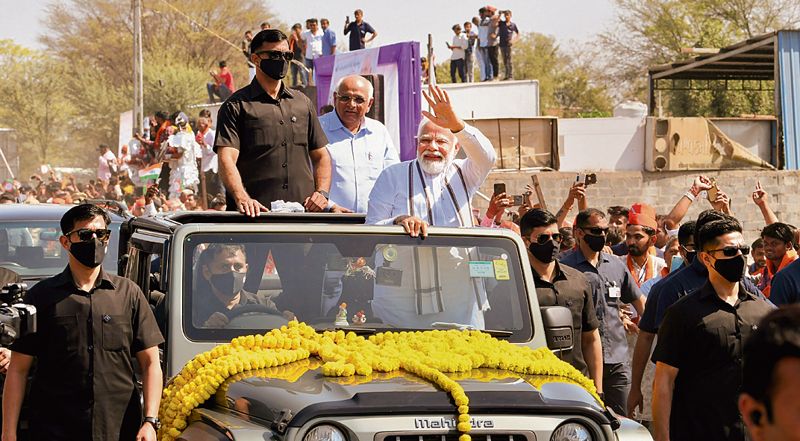 PM Narendra Modi waves at supporters during a roadshow at Dehgam in Gandhinagar, Gujarat, on Saturday. PTI

Prime Minister Narendra Modi on Saturday underlined the importance of technology in the security and policing set up. “If criminals are using technology, it can be harnessed to nab them too,” he said at the fist convocation of Rashtriya Raksha University in Ahmedabad.

“Earlier, scenario was very different as the security forces had more time to prepare, which is no longer the case as technology and transportation and communication has improved so much,” the PM said.

“Today’s policing requires skills like negotiating and other soft skills that are needed to function in a democratic scenario. The notion of internal security during the colonial time was based on instilling fear among the masses,” said the PM. He stressed the need for changing the image of police and security personnel. The depiction of the police in the popular culture has not helped in this regard, he said. At the outset, the Prime Minister paid tribute to Mahatma Gandhi and those who participated in the Dandi March. “The great march was started on this day,” he added.

New Delhi: Union Home Minister Amit Shah flagged off Dandi Cycle Yatra in Ahmedabad on Saturday to mark the 92nd anniversary of Mahatma Gandhi’s Dandi March. He exhorted the participants, two teachers and 10 students of Gujarat Vidyapith, to spread the ideals of Mahatma Gandhi and said, “The idea of satyagraha was made relevant by Gandhiji but it had its roots in sanatan siddhant.” TNS 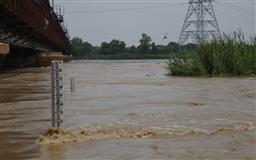