Briefs President on the issues of 'national and international importance' 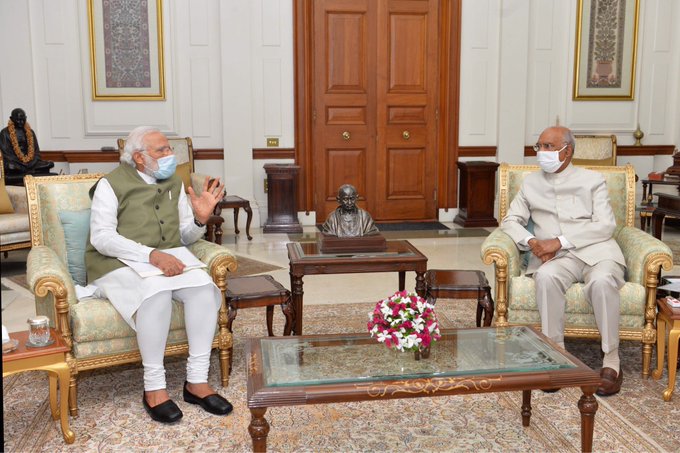 While it is standard practice for the Prime Minister to meet the President from time-to-time and appraise him of issues, the meeting comes amidst the India-China stand-off, which has been on for nearly two months.

Prime Minister @narendramodi called on President Kovind and briefed him on the issues of national and international importance at Rashtrapati Bhavan today. pic.twitter.com/yKBXCnfboE

The meeting was held in the backdrop of PM Modi’s visit to Ladakh two days ago and his interaction with the soldiers at Nimu, where he met those admitted to the hospital following the bloody clash at Galwan on June 15.

India also took steps like banning 59 Chinese apps in India as a measure to send a message of the country’s disagreement with Beijing’s “expansionist” approach.