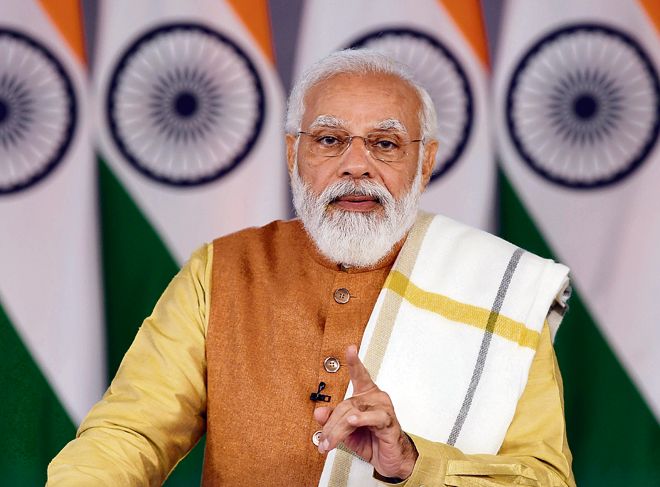 Prime Minister Narendra Modi on Wednesday said the number of medical colleges in India had increased by 54 per cent from 387 in 2014 to 596 today.

He was inaugurating 11 new medical colleges and a new campus of Central Institute of Classical Tamil (CICT) in Tamil Nadu today through video-conferencing.

Chief Minister of Tamil Nadu MK Stalin was present on the occasion.

The PM said with today’s inaugurations, the health of society was being furthered and at the same time people’s connection to their culture being bolstered.

The colleges are being established in Virudhunagar, Namakkal, the Nilgiris, Tiruppur, Thiruvallur, Nagapattinam, Dindigul, Kallakurichi, Ariyalur, Ramanathapuram and Krishnagiri districts of Tamil Nadu. The PM said medical undergraduate and post graduate seats had gone up in the past eight years.

“The future will belong to societies that invest in healthcare. The government has brought many reforms in the sector,” said PM Modi.

“Compete and conquer is the mantra of new India with the youth writing the code of global prosperity,” PM Narendra Modi said on Wednesday on the 25th National Youth Day, celebrated annually to mark the birth anniversary of Swami Vivekananda. Addressing the event in virtual mode, the PM said, “India is entering the golden age of start-ups riding the strength of Indian youth.”