Reiterates his call for early cessation of hostilities and the need to pursue path of dialogue, diplomacy 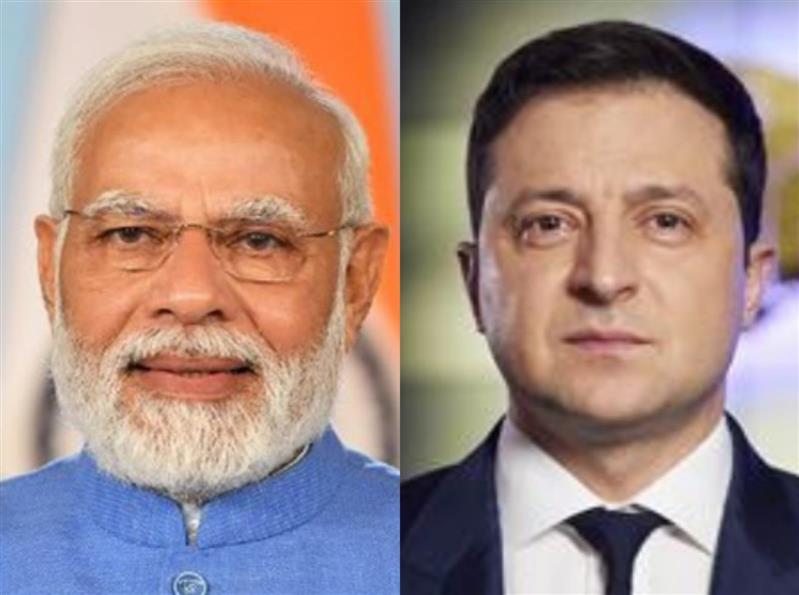 PM Modi expressed his firm conviction that there can be no military solution to the conflict and reiterated his call for early cessation of hostilities and the need to pursue the path of dialogue and diplomacy, according to official sources.

PM Modi’s virtual call for a stop to the conflict comes days after Russian President Valdimir Putin had called for talks with the Ukrainian side.

PM Modi spoke to Zelenskyy a fortnight after he had told Russian President Vladimir Putin that now is not a time for war as high prices of food, fertiliser and fuel have emerged as the major concerns of the world.

Besides speaking against a military solution and offering Indian mediation in peace efforts, PM Modi in his conversation with the Ukrainian President emphasised the importance India attaches to the safety and security of nuclear installations, including in Ukraine. He underlined that endangerment of nuclear facilities could have far-reaching and catastrophic consequences for public health and the environment, said the sources.

The two leaders had last met at Glasgow in November 2021.

Last week, India had maintained a balance while abstaining from a UNSC vote seeking to condemn Russia. India said it was “deeply disturbed” by the recent turn of developments in Ukraine and called for immediate cessation of violence and hostilities. At the same time, it did not subscribe to the West’s attempt to bring Russia before the International Criminal Court.

India has sent Ukraine several tranches of humanitarian aid while at the same time providing vital outlet for Russian commodities such as oil and coal that have been sanctioned by the West.