PM Modi to attend Leaders' meet in Portugal on May 8 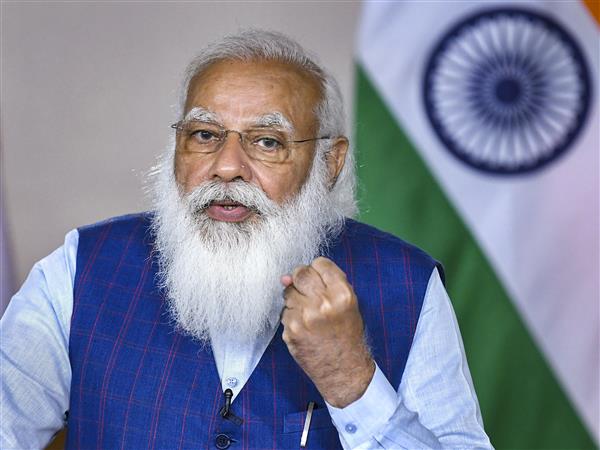 The resumption of the ad hoc India-EU human rights dialogue earlier this week has paved the way for more substantial talks on trade.

The dialogue, only one that India holds with an entity, held after eight years has led to India and the EU deciding to resume formal negotiations for a trade and investment agreement on May 8, the day PM Narendra Modi attends the Leader’s Meeting during the EU summit in Porto, Portugal.

The need for holding the dialogue had become more pressing after both sides agreed on the need for its resumption during the virtual summit in July last year. This was after External Affairs Minister S Jaishankar had staved off a potentially embarrassing vote at the European Parliament on the Citizenship Amendment Act (CAA) by citing assurances.

The dialogue was co-chaired by MEA’s Joint Secretary (Europe-West) Sandeep Chakravorty and the EU Ambassador to India Ugo Astuto.

The dialogue was held in New Delhi more or less annually since its inception in 2004.  But it began stuttering during the UPA era. There were eight postponements to the eighth round. Thereafter, the dialogues kept getting postponed.

Trade talks have followed a similar trajectory. After 16 rounds of talks between 2007 and 2013, negotiations had got stalemated over import duties on European automobiles and wine.

Following the human rights dialogue, Finance Minister Nirmala Sitharaman held a virtual meeting with Portugal’s Foreign Minister Augusto Santos Silva on Tuesday. ``The resumption of formal negotiations on both Trade and Investment agreements at the Leaders’ Meeting of India and EU in Porto, Portugal would be a notable success for the Portuguese Presidency of the Council of the EU,’’ tweeted the Finance Ministry.

It is necessary for both sides to rearrange their trading ties because of Brexit. India and the UK are also exploring the feasibility of a trade agreement though the issue is unlikely to be clinched during UK PM Boris Johnson’s India visit later this month. (EOM)