Polling on 93 seats, including 16 of Ahmedabad city, will take place on December 5 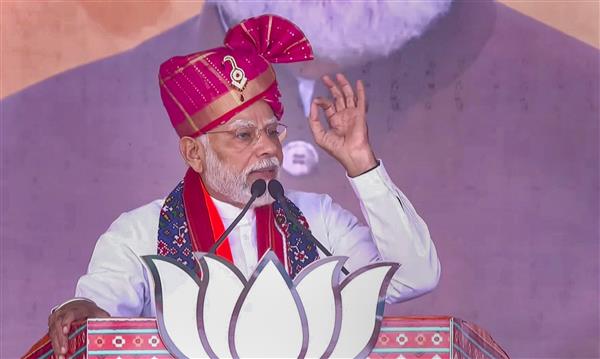 Prime Minister Narendra Modi will on Thursday lead a more than 30-km-long roadshow in Ahmedabad city, where polling will be held in the second phase of the Gujarat Assembly elections.

Voting is under way for the first phase of elections on 89 seats of Saurashtra and south Gujarat regions, while the polling on the remaining 93 seats, including 16 of Ahmedabad city, will take place on December 5.

Modi's mega roadshow will start from Naroda Gam area on the eastern side of Ahmedabad in the afternoon and end at the IOC circle in Chandkheda area on the city's western side in the evening, the BJP said in a release.

The roadshow will pass through various parts of the city including Hirawadi, Hatkeshwar, Maninagar, Danilimda, Jivraj Park, Ghatlodia, Naranpura and Sabarmati.

It will cover 13 seats of Ahmedabad city as well as Gandhinagar-south, the release said.