Congress chief spokesperson Randeep Surjewala says the Modi government has been completely careless and cruel when it comes to ensuring life-saving drugs, providing oxygen and vaccines to Indians 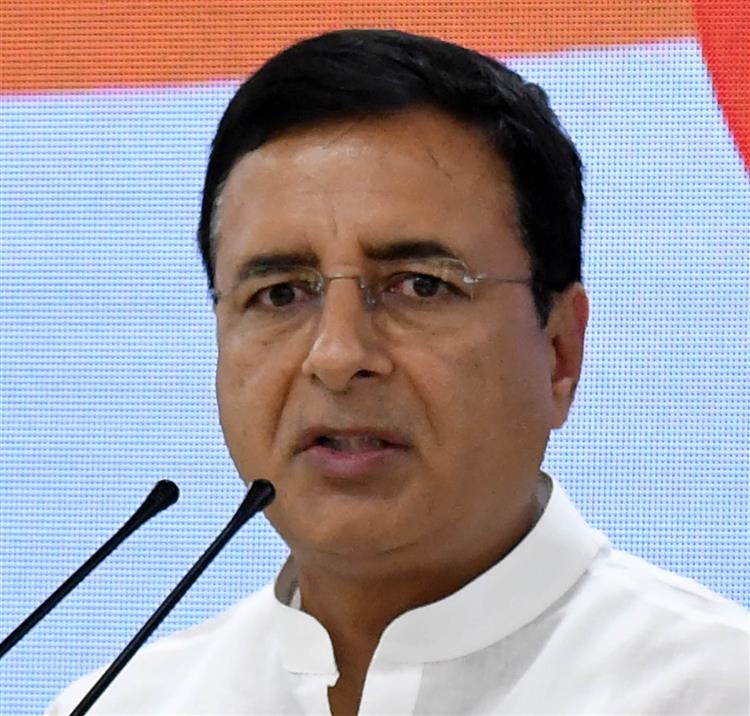 With Covid infections spreading rapidly in the country, the Congress on Wednesday accused Prime Minister Narendra Modi of being negligent, careless and callous in tackling the virus and jeopardising the lives of Indians, and asked him to follow "raj dharma".

Congress general secretary and chief spokesperson Randeep Surjewala said the Modi government had been completely careless and cruel when it came to ensuring life-saving drugs, providing oxygen and vaccines to Indians, and had proved incompetent in controlling the spread of the virus.

India reported a maximum of around 1.85 lakh cases and 1,027 deaths due to Covid on Wednesday and now has the second highest number of infections after the United States.

Surjewala said while there is an acute shortage of vaccines across the country, the government is busy abusing state governments raising the issue with baseless allegations.

"The prime minister is negligent, careless, cruel and callous in tackling COVID-19. The Modi government has jeopardised the lives of Indians by its negligent conduct," he said at a press conference.

"The government has been completely careless and cruel when it comes to ensuring life-saving drugs, oxygen and availability of beds, ramping up health infrastructure and ramping up vaccine production. It has proved incompetent in handling COVID-19," he told reporters.

Surjewala asked how the government could export vaccine when it is in acute shortage in the country and when there is no vaccine for Indians.