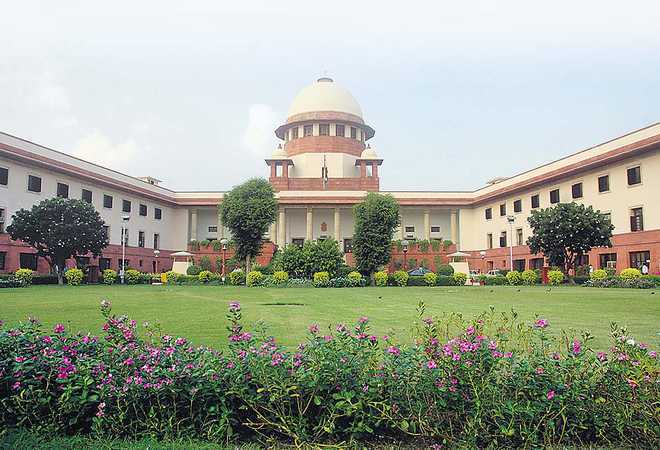 Former chief information commissioner Wajahat Habibullah has told the Supreme Court the protest at Shaheen Bagh here against the Citizenship Amendment Act (CAA) was peaceful and inconvenience being caused to commuters was due to barricades “unnecessarily” put by police on roads far away from the site.

The same stand has been taken by social activist Syed Bahadur Abbas Naqvi and Bhim Army chief Chandra Shekhar Azad in their joint affidavit filed in the apex court in the matter.

Habibullah, Azad and Naqvi have jointly filed an intervention application in the apex court which is seized of the matter.

Habibullah had visited the protest site at Shaheen Bagh pursuant to the direction by a Bench of Justices SK Kaul and K M Joseph. The Bench is scheduled to hear the matter on Monday.

The top court is hearing pleas seeking removal of protesters from Shaheen Bagh and ensuring smooth traffic flow in the area.

The apex court had earlier said that though people have a fundamental right to protest “peacefully and lawfully”, it was troubled by the blocking of a public road at Shaheen Bagh as it might lead to a “chaotic situation”.

In his affidavit filed in the top court, Habibullah has contended that “Shaheen Bagh stands tall as a firm example of peaceful dignified dissent, more so in the face of various instances of state-sponsored violence on similar dissents across India.

“We have been sad and mute witnesses to police brutality and negative typecasting of a particular community across the country. Crushing dissent instead of entering into a dialogue is the new norm, but it is alien to our Constitution,” he has claimed.

Naqvi and Azad, in their joint affidavit, have alleged that “the present ruling dispensation, at the behest of its political masters, had devised a strategy of extinguishing these protests by falsely attributing violence and acts of vandalism to peaceful protesters”.

They have also said that police has “unnecessarily” barricaded numerous roads that “have no connection with the protest” and are at a great distance from the site, thereby, “abdicating their responsibilities and duties and wrongly laying the blame on the protest”.

“It is these barricading of unconnected roads that has led to a chaotic situation,” Habibullah has claimed and added that if the barricades are removed from the 10 points he has mentioned in the affidavit, “the chaos complained of in the petition would cease”.

In a separate affidavit, Naqvi and Azad have claimed the issue of inconvenience to commuters has been “deliberately orchestrated by the police” by blocking all the surrounding roads as well as the arterial roads connecting Delhi, Noida and Faridabad.

They have further alleged that one of the petitions has been filed by lawyer Amit Shani, who is an active member and supporter of BJP posing as a concerned citizen, as his place of residence, office and direct route of daily commute are nowhere near Shaheen Bagh.

Habibullah, in his affidavit, has also stated that the protesters have asked him to convey to the apex court that their dissent “was out of desperation and compulsion” as they see the CAA, National Population Register (NPR) and National Register of Citizens (NRC) as a “death knell” for their and future generations’ survival and existence.

The other concerns voiced by the protesters were that CAA and the intention behind it, as publicly voiced by those in power, “has struck a deep fear into the hearts of many poor and under-privileged citizens of India”.

He has said, “The assembly is peaceful. The question of their security is also crucial. Any attempt to forcibly shift them from the present site would compromise their safety”. Restrictions have been imposed on the Kalindi Kunj-Shaheen Bagh stretch and the Okhla underpass, which were closed on December 15 last year due to protests against CAA and NRC.

The apex court was hearing an appeal filed by Sahni, who had first approached the Delhi High Court seeking directions to Delhi Police to ensure smooth traffic flow on the Kalindi Kunj-Shaheen Bagh stretch, which was blocked by anti-CAA protesters on December 15 last year.