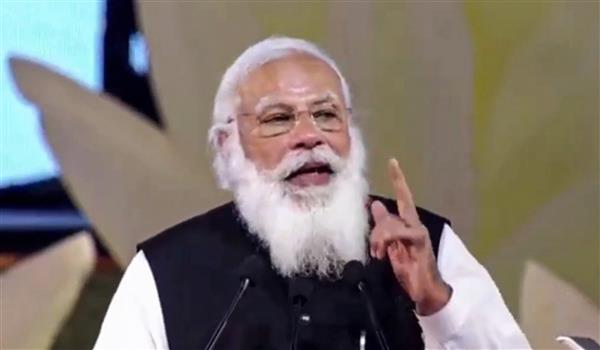 Congress leader Jairam Ramesh questioned the Satyagraha claim after historian Srinath Raghavan said on Twitter, “The claim that ANYONE did satyagraha for the freedom of Bangladesh and were arrested is too ridiculous to require refutation.”

BJP IT cell chief Amit Malviya, however, refuted the Congress and a section of historians questioning the Satyagraha and said on Twitter, “Was Prime Minister Modi part of satyagrah organised by Jana Sangha for recognition of Bangladesh?

“Yes, he was. A citation awarded by Bangladesh to Vajpayee ji speaks of the rally. PM Modi, in a book authored in 1978, also wrote about going to Tihar during Bangladesh satyagrah!”

It reads, “A highly respected political leader and a former Prime Minister of India, Shri Atal Bihari Vajpayee, played an active role in support of the Liberation War of Bangladesh. As President of the Bharatiya Jana Sangh and a Member of the Lok Sabha, he took various steps towards that end. In an editorial column of the 'Organiser’, Shri Vajpayee welcomed Bangabandhu Sheikh Mujibur Rahman's historic declaration of Bangladesh's independence and called upon the Government of India to recognise the Government of Bangladesh and provide necessary assistance to the freedom fighters. To press the demand for Indian Government's expedited support to Bangladesh's Liberation War, Jana Sangh held a Gana Satyagraha during 1-11 August and their volunteers organised a huge rally in front of the Indian Parliament House on 12 August 1971. Shri Vajpayee took a firm stand at national and international levels for the cause of Bangladesh and its striving people.”