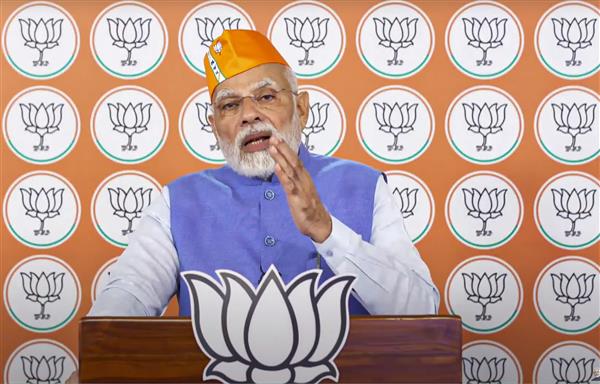 PM Narendra Modi on Tuesday asked mayors of BJP-ruled urban bodies to plan a holistic development of cities and said the elected representatives should not think just in terms of winning polls as cities “cannot be developed with an election-centric approach”.

Need to decentralise planning as everything cannot be done from Delhi. — Narendra Modi, PM

Though the PM didn’t name anyone, the remark was seen as an extension of his “revadi culture” comment and aimed at AAP convener Arvind Kejrwal who has been promising “freebies” to voters during his rallies in poll-bound Gujarat.

Addressing BJP mayors’ national conference in Gandhinagar, the PM called for creating economic opportunities and developing satellite or tier-2 and tier-3 cities to make them centres of economic activity to ease pressure on bigger cities.

He said, “Urbanisation will happen and the population in cities will go up. Mayors need to ensure their cities have economic opportunities. It is important to ensure that planning is decentralised as everything cannot be done from Delhi.”

BJP president JP Nadda, who too is touring Gujarat, said “people clearly know who has taken the state forward”. He claimed, “The BJP will once again register a historic victory in the state. Opposition parties indulge in politics of appeasement and vote bank.”

Kejriwal, who today alleged he was heckled at the Vadodara airport by a group of people raising pro-Modi slogans, claimed, “The situation in Gujarat is such that BJP is going to be in big trouble.”