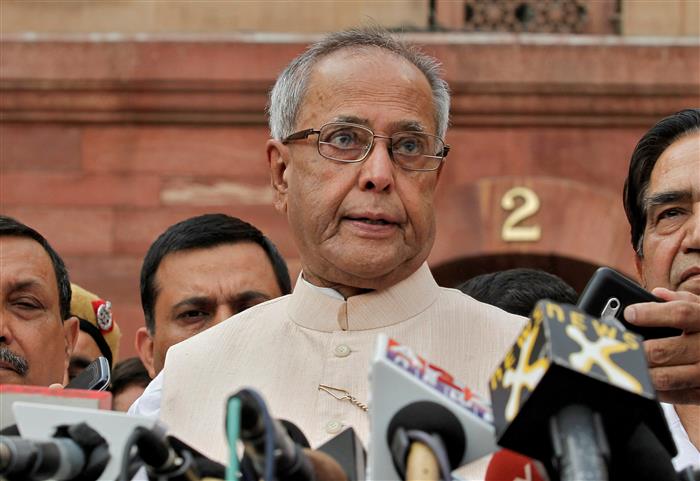 Pranabda or Pranababu, as Pranab Mukherjee was addressed by those who knew him, remained a quintessential politician whose enormous contribution both in the Congress party and the government remains invaluable.

For nearly 50 years, Mukherjee remained integral to politics, policy and processes that shaped the country from the time he became member of the Indira Gandhi Cabinet in 1969 till 2012 when he consciously moved away following his election as the President of India.

Mukherjee holds the unique distinction of having worked in three of the four important Ministries on the Raisina Hill – Defence, Finance and External Affairs – and one who entered Rashtrapati Bhawan with decades of administrative experience.

Former PM Indira Gandhi relied on Mukherjee’s acumen and trusted him to preside over Cabinet meetings in her absence. Yet, this proved politically expensive after her assassination. For when talks about successor began, a theory of Mukherjee pushing the envelope swirled and the fallout was swift. He was out of the Congress during Rajv Gandhi’s time spending in political wilderness floating Rashtriya Samajwadi Congress which he eventually merged with the parent party.

Mukherjee’s career took off again in 1991 with P V Narasimha Rao rehabilitating him in Planning Commission. Having spent decades in Parliament and a Leader of both the Houses, Mukherjee had absolute understanding of the processes and was relied upon even during his stint in the Opposition.

Mukherjee’s expertise to draft papers both for the party and government was phenomenal as was his memory. On any occasion, Pranabda could string events together dipping into pages of history with reference year from memory. While Mukherjee wrote books of his years in public life, his diligently maintained diary with inner thoughts remain bequeathed with his daughter Sharmishta who may choose to make it public.

One could knock and walk into his room. The knack of starting a conversation was to approach him with the sincerity of a student eager to learn and Pranabda would make everyone comfortable but a silly question would invite an immediate scold. His temper and outbursts mellowed after a serious road accident in 2007 but as Congress president Sonia Gandhi remarked when he was declared the presidential candidate “I will miss his tantrums”.