Defends his comments that led to contempt proceedings 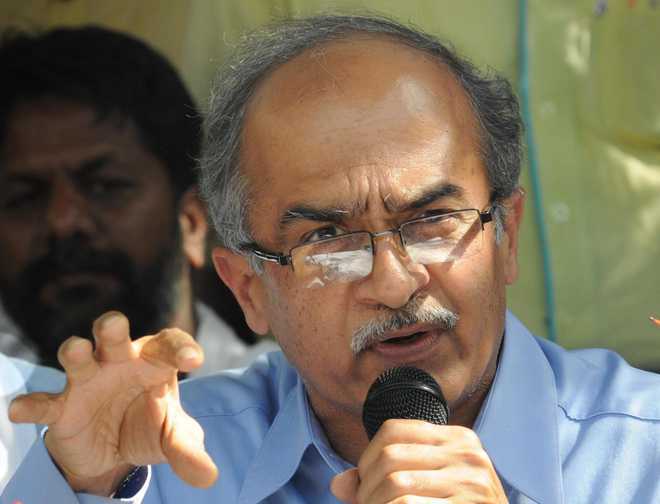 Activist-lawyer Prashant Bhushan has defended his controversial statements that led to the Supreme Court initiating contempt of court proceedings against him, saying power of contempt can’t be used to “stifle bona fide criticism from citizens”.

A Bench headed by Justice Arun Mishra had on July 22 issued notice to Bhushan and Twitter for his tweets allegedly scandalising the judiciary. Two days later, it had also decided to resume hearing in another contempt of court case against pending since 2009. The two cases are listed for hearing on August 4 and 5.

In an affidavit filed in response to the top court’s contempt notice, Bhushan questioned the top court for being a “mute spectator” during the recent Delhi riots.

“When the Delhi riots were unleashed, with daily videos emerging of mobs tearing down and burning mosques, the police force systematically destroying public CCTVs, taking an active part in stone-throwing, massive firing and deaths, blockades of a hospital to prevent assistance to the severely wounded Muslims, etc., the Supreme Court remained a mute spectator while Delhi burnt,” Bhushan submitted.

He stood by both his tweets cited by the court and refused to tender an apology for his comments even as he expressed regret for a factual mistake.

“I admit that I did not notice that the bike was on a stand and therefore wearing a helmet was not required. I therefore regret that part of my tweet. However, I stand by the remaining part of what I have stated in my tweet,” Bhushan stated in his affidavit.

Bhushan had on June 29 tweeted, “CJI rides a 50 Lakh motorcycle belonging to a BJP leader at Raj Bhavan Nagpur, without a mask or helmet, at a time when he keeps the SC in Lockdown mode denying citizens their fundamental right to access Justice!”

In another tweet, he had on June 27, said, “When historians in future look back at the last 6 years to see how democracy has been destroyed in India even without a formal Emergency, they will particularly mark the role of the Supreme Court in this destruction, & more particularly the role of the last 4 CJIs.”

Contending that the Supreme Court is an institution consisting of 31 Judges and its own long-standing and enduring traditions and practices, he said it cannot be equated with a Chief Justice, or even a succession of four CJIs.

“To bona fide critique the actions of a CJI, or a succession of CJIs, cannot and does not scandalise the court, nor does it lower the authority of the court. To assume or suggest that ‘the CJI is the SC, and the SC is the CJI’ is to undermine the institution of the Supreme Court of India,” Bhushan submitted.

“The power of contempt under Article 129 is to be utilised to aid in administration of justice and not to shut out voices that seek accountability from the Court for its errors of omissions and commissions which have been detailed hereinafter.