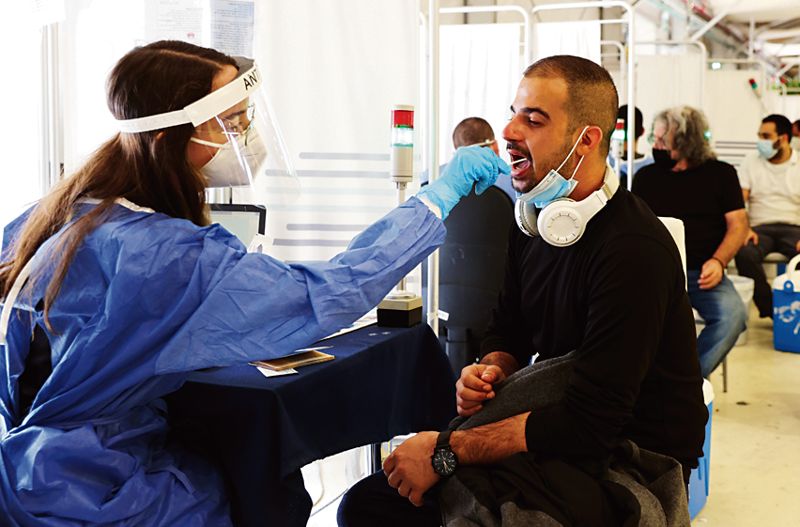 Amid fears of a new Covid variant Omicron, the government today issued revised guidelines for air passengers coming from “at risk” countries, making it mandatory for them to undergo testing. The guidelines will come into effect from December 1.

Besides, air travellers will have to submit their 14-day travel history and a negative RT-PCR report on the Air Suvidha portal before coming to India.

A declaration with respect to the authenticity of the Covid test report will also be required. Fake reports would make the passengers liable for criminal proceedings in India, the government said.

As per the revised rules, all travellers (irrespective of vaccination status) coming to India from “at risk” countries will have to undergo post-arrival Covid test at the airport in addition to a pre-departure test undertaken 72 hours before boarding the plane.

“Passengers testing positive (at the airport) will be isolated and treated as per the clinical management protocol. Besides, their samples will be taken for the whole genome sequencing. Those who test negative can leave the airport, but they will have to undergo home isolation for seven days, followed by testing on the eight day of arrival in India. Subsequently, they would have to undergo seven days of self-monitoring,” the guidelines stated.

Further, in view of reports of increasing number of countries reporting the Omicron variant, the guidelines also mandate that five per cent of the travellers coming from countries not in the “at risk category” will be tested randomly at the airports.

Samples of all individuals testing positive for Covid, either at airports or during random sampling, will also be sent for whole genomic sequencing at identified INSACOG network laboratories to determine the presence of SARS-CoV-2 variants (including Omicron).

The Union Ministry of Home Affairs (MHA) had yesterday said it would review the “effective date” on the resumption of scheduled international flights in view of the global scenario.