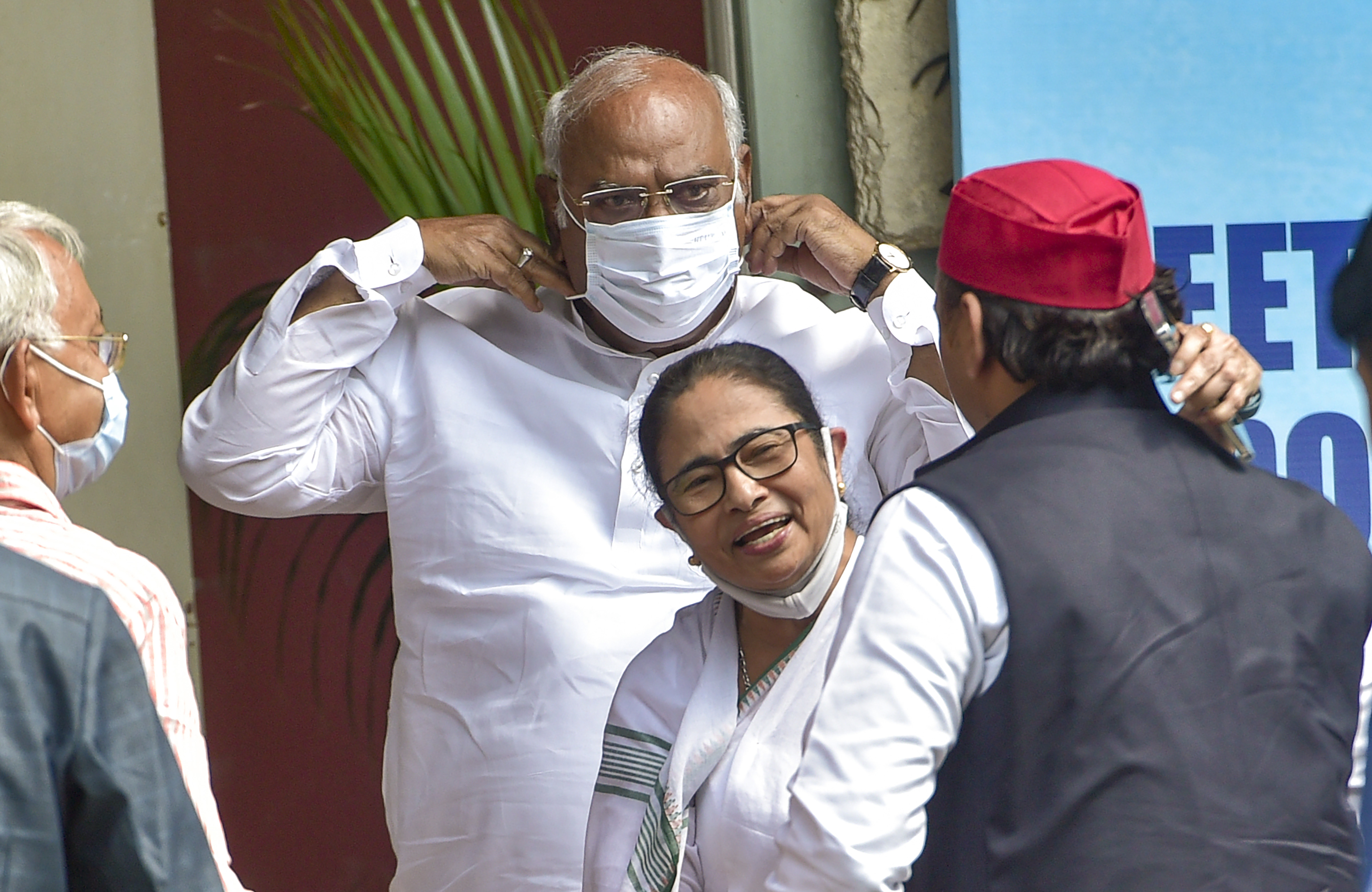 The ruling NDA on Wednesday began engagement with the Opposition to build a consensus on the presidential candidate even as opposition parties held its first meeting to discuss the potential contenders for the July 18 election.

Rajnath ji said they will engage others on the issue before finalising a name. Mallikarjun Kharge, Congress

BJP chief JP Nadda reached out to Farooq Abdullah, All-India Jharkhand Students Union and parties from the Northeast. “Rajnath ji has spoken with me on the phone. We do not know their proposal. He said the PM wants to know our opinion.

We asked what your proposal is, who are your candidates. They said they will engage others on the issue before finalising a name,” Kharge said, adding that the phone call looked like a mere formality. It is learnt that the NDA constituents will meet soon to discuss the name of a potential presidential candidate. Meanwhile, the first Opposition meeting to discuss the presidential candidate ended on Wednesday evening with representatives of 17 parties requesting Nationalist Congress Party chief Sharad Pawar to run for the post and Pawar declining the offer.

After Pawar opted out, Mahatma Gandhi’s grandson and former West Bengal Governor Gopalkrishna Gandhi and National Conference patron Farooq Abdullah entered the race as Mamata Banerjee is learnt to have proposed their names towards the end of the two-hour meeting she convened to discuss the elections.

Out of the 22 parties that were invited, 17 turned up. The TRS, AAP, Shiromani Akali Dal, BJD and YSRCP were absent. The meeting concluded with an agreement to work on a consensus candidate and finalise the same by June 21.

“Everyone agreed there should be a joint candidate, Mamata Banerjee proposed the names of Gopalkrishna Gandhi and Farooq Abdullah after Mr Pawar said no to our collective demand,” RSP leader NK Premchandran said.

The Congress was represented by Kharge, Jairam Ramesh and Randeep Surjwewala with Kharge calling for unity. “The unity we demonstrate now will have implications going well beyond the presidential polls,” Kharge noted in reference to the 2024 Lok Sabha elections.

New Delhi: With the EC issuing a notification for electing the 16th President, the process of filing nominations began on Wedesday. The nominations can be filed till June 29 and the scrutiny of papers will take place on June 30. The last date for withdrawals is July 2. The voting will be held on July 18 and counting on July 21. The term of President RN Kovind ends on July 24. The President is elected by members of the electoral college. — TNS