'Prima facie not so improper': SC on Talaq-e-Hasan : The Tribune India

In Talaq-e-Hasan, divorce gets formalised after the third utterance in the third month if cohabitation is not resumed during this period 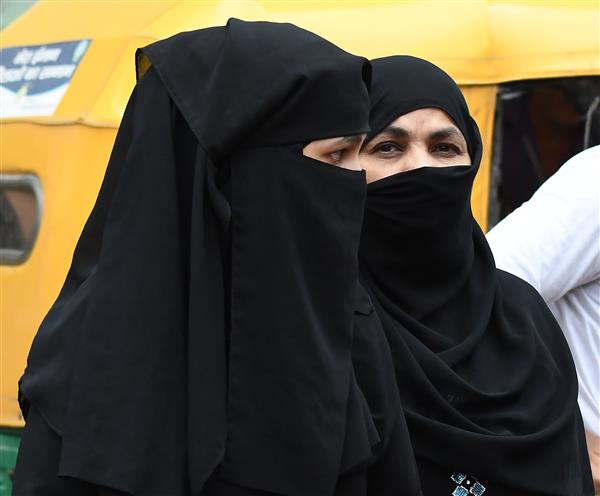 Describing the Islamic practice of ‘Talaq-E-Hasan’—pronounced once a month over a period of three consecutive months—as “prima facie not so improper”, the Supreme Court on Tuesday said it was not akin to triple talaq that was declared unconstitutional in 2017.

“Prima Facie this is not so improper. Women also have an option…Khula (Muslim women’s right to seek divorce) is there. Prima facie I don’t agree with the petitioners. Let’s see. I don’t want this to become an agenda for any other reason,” a Bench led by Justice SK Kaul said.

The Bench – which also included Justice MM Sundresh said if husband and wife can’t live together, the top court can grant divorce on the ground of irretrievable breakdown under Article 142 of the Constitution.

“This is not triple talaq in that sense. Marriage being contractual in nature, you also have an option of khula. If two people cannot live together, we are also granting divorce on ground of irretrievable breakdown of marriage. Are you open to divorce by mutual consent if ‘mehar’ (gift given in cash or kind by groom to bride) is taken care of?” the Bench asked senior counsel Pinky Anand, who represented the petitioner.

The Bench was hearing a petition filed by journalist Benazeer Heena’s PIL challenging ‘Talaq-E-Hasan’ and all other forms of “unilateral extra-judicial talaq as void and unconstitutional”, claiming they were “arbitrary, irrational, and violated fundamental rights”.

A resident of Ghaziabad and a victim of Talaq-E-Hasan, she wanted the top court to direct the Centre to frame guidelines for neutral and uniform grounds of divorce and procedure for all citizens.

As Anand submitted that though the top court declared triple talaq unconstitutional, it left the issue of Talaq-E-Hasan undecided, the Bench asked to seek instructions if the petitioner was willing for settlement by process of divorce on amount being paid over and above ‘mehar’ in view of allegation of irrevocable breakdown of marriage.

While posting the matter for further hearing on August 29, it noted that dissolution of marriage was also possible through ‘mubarat’ without the court’s intervention.

Under the Islamic law followed in India, a Muslim man can pronounce “talaq”, while a woman has to seek divorce to part ways with her husband through “khula”.