The summit is being hosted by Germany in its capacity as the Chair of G7, a grouping of world’s seven richest nations 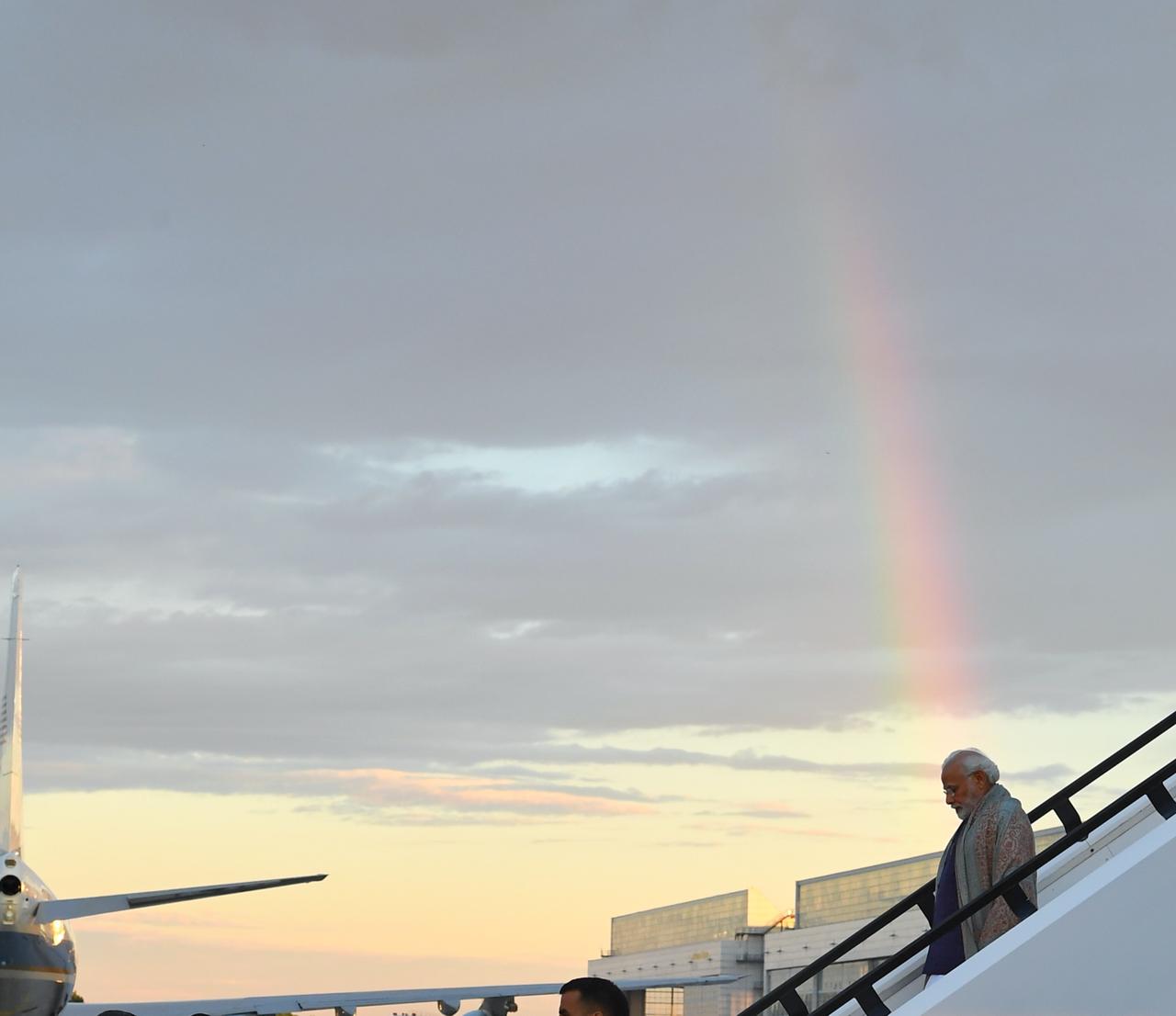 Prime Minister Narendra Modi on Sunday said he was looking forward to “fruitful discussions” with world leaders on topical issues like climate, energy, food security, counter-terrorism, environment, gender equality and democracy as he arrived here to attend the G7 Summit.

Prime Minister Modi is attending the G7 summit, to be held on June 26 and 27, following an invitation by German Chancellor Olaf Scholz. The summit is being hosted by Germany in its capacity as the chair of G7, a grouping of the world’s seven richest nations.

“Landed in Munich to participate in the G-7 Summit. I look forward to fruitful discussions with world leaders during the Summit,” Modi tweeted.

An early morning touchdown in Munich…

PM @narendramodi will participate in the G-7 Summit.

Later this evening, he will also address a community programme in Munich. pic.twitter.com/firI9zI3yo

On his arrival, the prime minister was warmly greeted by the Indian diaspora.

“The Indian community gave PM @narendramodi a warm and special welcome to #München!” the Indian mission said in a tweet.

“At the invitation of @Bundeskanzler Olaf Scholz, PM @narendramodi arrives in Germany for the G7 Summit. Besides participating in @G7 discussions on climate, energy, food security, health, gender equality and more, PM will also hold several bilateral meetings on the sidelines,” Ministry of External Affairs (MEA) spokesperson Arindam Bagchi said in a tweet.

The G7 leaders are expected to focus on the Ukraine crisis that has triggered geopolitical turmoil besides fuelling a global food and energy crisis.

“During the sessions of the Summit, I will be exchanging views with the G7 counties, G7 partner countries and guest International Organisations on topical issues such as environment, energy, climate, food security, health, counter-terrorism, gender equality and democracy,” Modi said in a statement ahead of his visit.

Foreign Secretary Vinay Mohan Kwatra said on Friday that Modi will hold bilateral meetings and discussions with the leaders of the G7 and also the guest countries on the sidelines of the G7 summit.

Besides India, Germany, the host of the G7 Summit, has also invited Argentina, Indonesia, Senegal and South Africa as guests for the summit to recognise the democracies of the global south as its partners.

Modi said he also looks forward to meeting members of the Indian Diaspora from across Europe, who are contributing immensely to their local economies as well as enriching India’s relations with European countries.

From Germany, Modi will travel to the United Arab Emirates on June 28 to pay his condolences on the passing away of Sheikh Khalifa bin Zayed Al Nahyan, the former president of the Gulf nation.

Sheikh Khalifa passed away on May 13 after battling illness for the last several years.