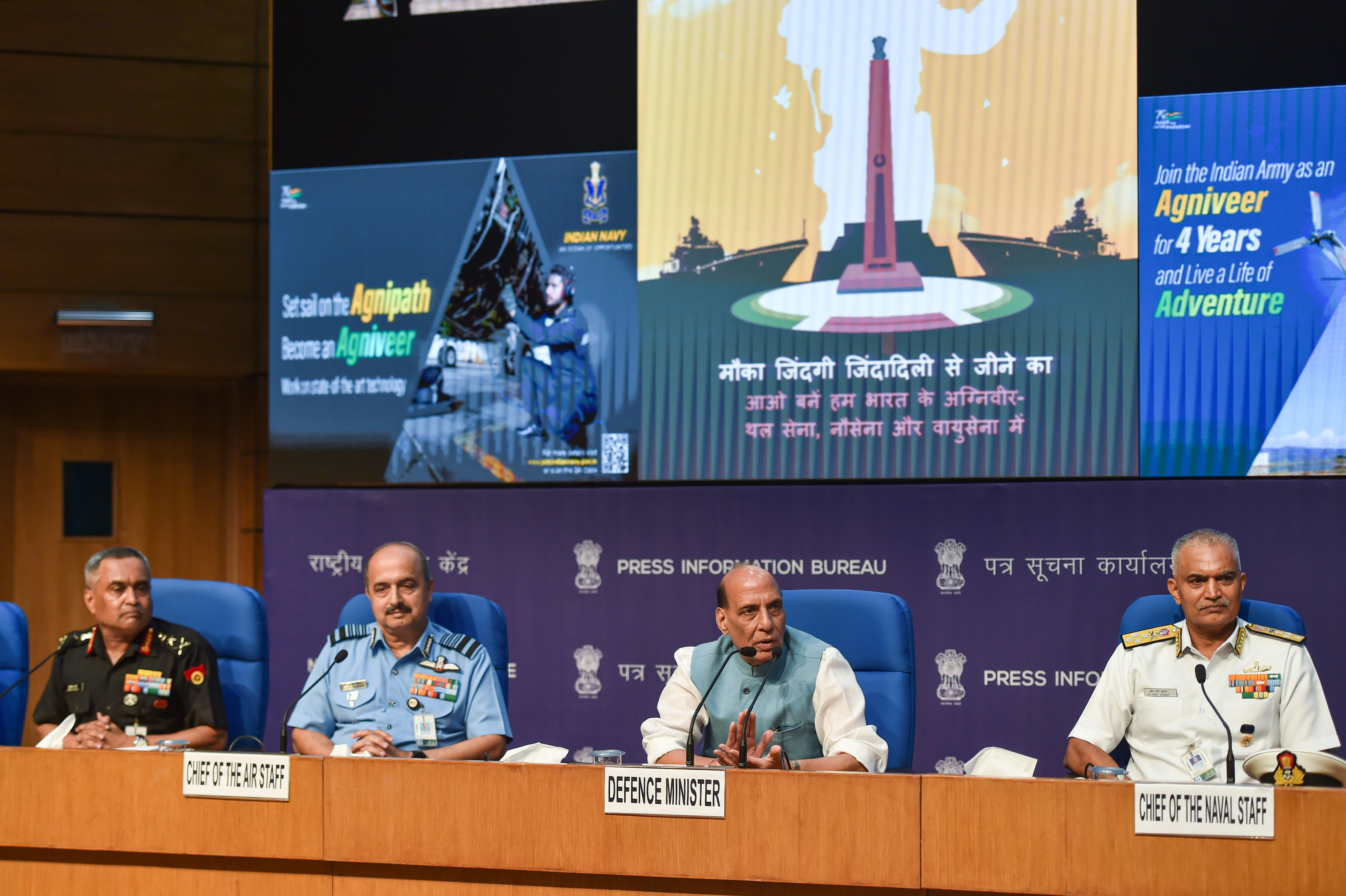 Defence Minister Rajnath Singh on Tuesday said the appointment of the new Chief of Defence Staff (CDS) will be made soon and that the process for it is underway.

The post of CDS has been lying vacant since General Bipin Rawat’s death in a helicopter crash on December 8 last year.

“The appointment of the CDS will be made soon. The process for it is underway,” the defence minister said during a media briefing here on the rollout of the “Agnipath” recruitment scheme for the armed forces.

Earlier this month, the government issued notifications, widening the selection pool for the top position.

According to the new rules, any serving or retired lieutenant general, air marshal and vice-admiral under the age of 62 years will be eligible for appointment to the post of CDS.

The three-star officers are now eligible to become the CDS, along with the serving chiefs of the three services, according to the changes made to the Army, Air Force and Navy Acts.

General Rawat took charge as India’s first CDS on January 1, 2020 with a mandate to bring convergence in the functioning of the Army, the Navy and the Air Force and bolster the country’s overall military prowess.

Another key mandate of the CDS was to facilitate the restructuring of the military commands for optimal utilisation of resources by bringing about jointness in operations, including through the establishment of theatre commands.

A high-level committee set up to examine the gaps in the country’s security system in the wake of the Kargil war in 1999 had recommended the appointment of the CDS as a single-point military adviser to the defence minister.