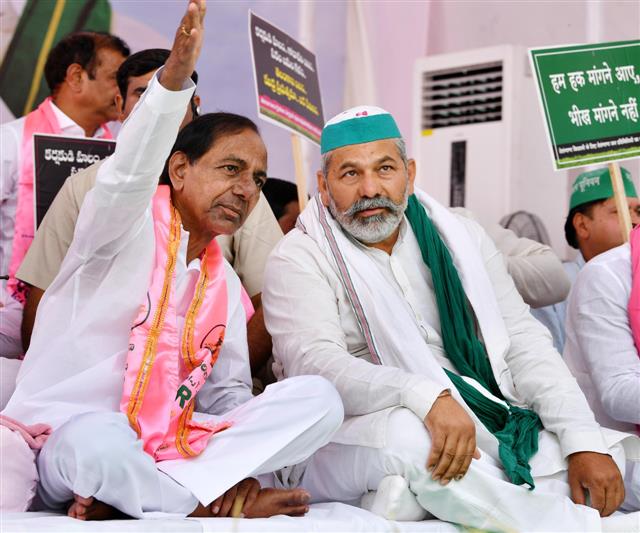 Stepping up protest against the Centre’s paddy procurement policy, Telangana Chief Minister K Chandrashekar Rao today warned the BJP-led government to respond within 24 hours on whether it will buy the grain from the state.

Cautioning Prime Minister Narendra Modi, he said, “Do not play with the sentiments of farmers. They have power to topple the government.”

“With folded hands, I urge Modi ji and Piyush Goyal ji to procure paddy in Telangana like you buy in other states. We will wait for 24 hours for your response to our demand on paddy procurement,” he said, adding that he would take the protest across the country if the Central government failed to respond.

Calling for another farmers’ protest, Tikait said the farmers’ union would back every Chief Minister who fights for farmers’ issues.