Pune man gets earbuds worth Rs 19k after ordering Rs 300 lotion online, Amazon asks him to 'keep it' 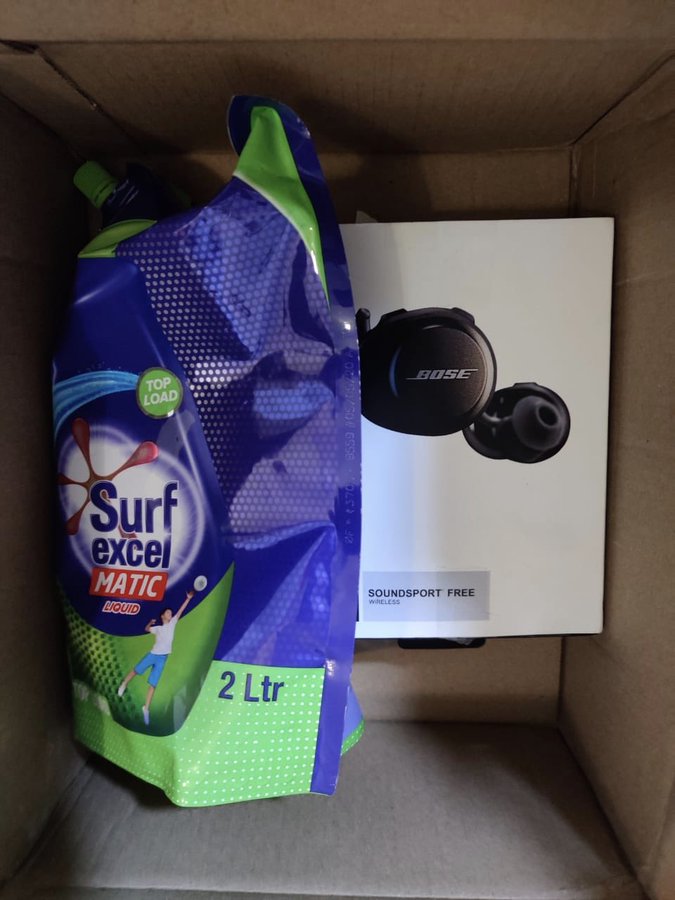 A man in Pune has earned the envy of social media users after he revealed that Amazon India sent him Bose earbuds costing Rs 19,000 when he ordered a skin lotion worth Rs 300 on the e-commerce platform.

What is more, Amazon even refused to take the earbuds back when he reported the matter as the order was non-returnable.

When he had reached out to customer care, Amazon India had told him, "Keep it."

And if you thought he was just too lucky in these difficult times, Rege then revealed that he even got the refund for the skin lotion.

Rege posted a picture of the earbuds that he received free of cost, making a lot of his followers instantly jealous.

"Hey... I got a skin lotion instead of my Bose earbuds ... let's exchange...," wrote on Twitter user who added a smiley emoji at the end of his message.

Some users asked which lotion they will have to order to get the earbuds.

One user even asked Amazon India if he can also have the same goods as Rege.

"Which God do you pray to?," another user asked Rege. IANS