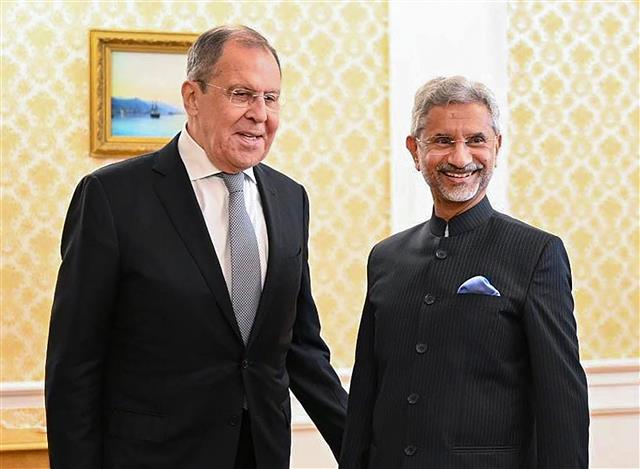 Veteran Russian Foreign Minister Sergei Levrov’s comments on India and the “Quad” and how the India-Russia partnership is being undermined have stirred the strategic community and South Block here.

Speaking at the Russian International Affairs Council, Lavrov said India was currently an object of the Western countries’ “persistent, aggressive and devious policy”.

They are trying to engage India in anti-China games by promoting Indo-Pacific strategies, the so-called “Quad”. At the same time, the West is attempting to undermine Russia’s close partnership and privileged relations with India.

Lavrov said the West has launched a “new game”, postponing Russia and China for later. It is trying to draw all others into a unipolar world by any means possible.

Lavrov had begun his address by directing his ire against France and Germany for kow-towing to the US agenda. The attitude of the two big European nations had compelled the European Union (EU) to give up claims to its role as a pole in the multipolar system that is taking shape for objective reasons, he charged.

The Russian Foreign Minister has almost given up on Germany but had hopes for France. “Germany’s recent policy on many issues convinces us that this is exactly what Berlin wants to do [step back from leadership]…. France has a somewhat different position... If France wants to claim this role, we will have to wait and see what happens,” he observed.

Attacking the “rules-based order”, Lavrov said they were invented on the go, at various get-togethers.

The Russian Foreign Minister’s ire was instigated by the EU approving a framework for imposing sanctions on a country for human rights abuse. It had earlier adopted the mechanisms of sanctions for chemical and cyber-hacking violations. All these are interpreted as targeted against Russia at Washington’s bidding.

Lavrov said while raising unilateral structures, the West is doing everything it can to discredit universal bodies or cow them into submission by privatising their secretariats, as we in the case of OPCW.

“When this fails, they take these issues outside UN structures and universal conventions and impose on others convenient decisions [sanctions] as the ultimate truth, the only correct version of a multilateral approach.’’

Moscow offered a “unifying agenda’’ where G20 is the only mechanism outside the UNSC where it is still possible to come to terms based on a balance of interests.

Lavrov pointed out that it represented the G7, the BRICS countries and the states that share the philosophy of BRICS than that of the G7 (Saudi Arabia, Mexico, Argentina, Indonesia and Egypt).

“Poles” like Russia and China are unlikely to be subordinate to it.