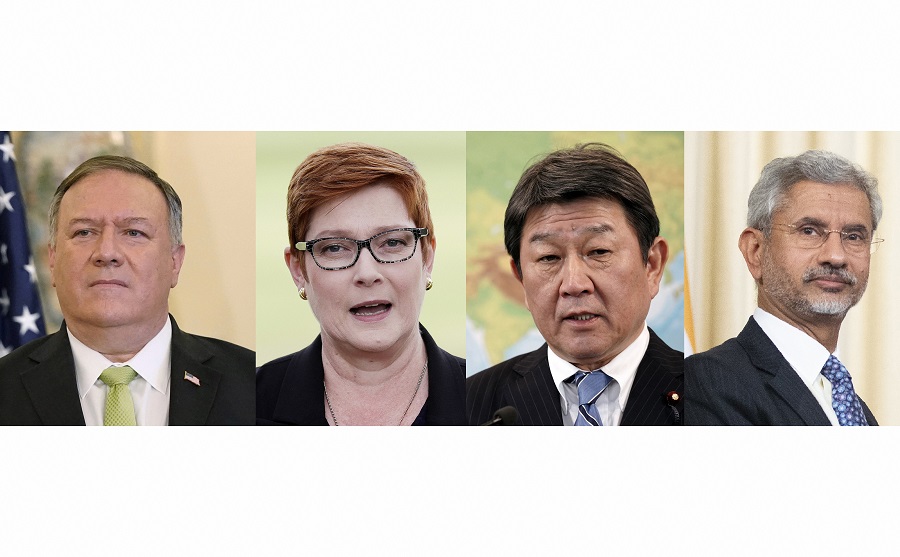 The next meeting of Foreign Ministers of Quad countries – the US, India, Japan and Australia – will take place in Tokyo on October 6, Japanese Foreign Minister Motegi Toshimitsu announced at a press conference on Tuesday.

This will be the second meeting of Quad Foreign Ministers after the first one held in September last year in New York.

The meeting comes against the backdrop of China conducting military drills in all the four seas in its vicinity while being locked in a tense stand-off with India on the LAC.

Toshimitsu said there was high interest in this multi-minister meeting as the four Foreign Ministers, with same aims, would discuss the impact of the Covid-19 and the regional situation.

All the four countries, he said, were moving ahead with the vision of a free and open Indo-Pacific and planned to further deepen cooperation on its various aspects.

They also confirmed that they would continue to coordinate closely with countries in the region. The senior officials included Vani Rao and Naveen Srivastava from the MEA, Yamada Shigeo from Japan, Justin Hayhurst from Australia and David Stilwell and Dean Thompson from the US State Department.