The Quadrilateral Security Dialogue comprises India, US, Japan and Australia 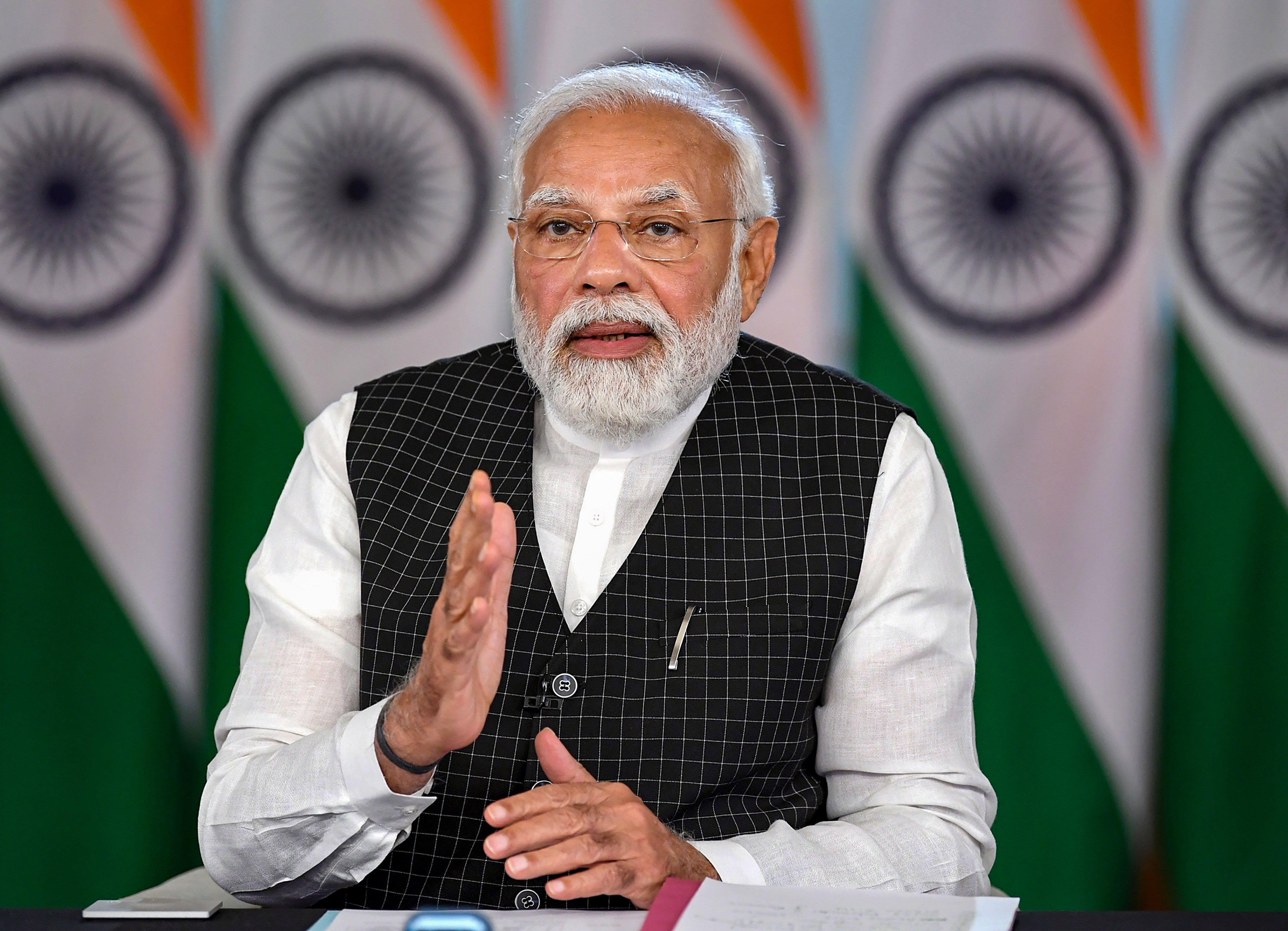 The second in-person Quad Leaders’ Summit in Japan  will provide an opportunity for leaders of four countries to review the progress of the grouping’s initiatives and exchange views on developments in the Indo-Pacific as well as on global issues of mutual interest, Prime Minister Narendra Modi said on Sunday.

In his departure statement ahead of his visit to Japan from May 23-24, Modi said during his visit he will also hold a bilateral meeting with US President Joe Biden, where they will discuss further consolidation of the multi-faceted bilateral relations.

“We will also continue our dialogue on regional developments and contemporary global issues,” he said.

Modi said he will be visiting Tokyo at the invitation of his Japanese counterpart Fumio Kishida, and noted that in March 2022, he had hosted Kishida for the 14th India-Japan Annual Summit.

“During my visit to Tokyo, I look forward to continuing our conversation further, with an aim to strengthen the India-Japan Special Strategic and Global Partnership,” he said.

In Japan, Modi said, he will also participate in the second in-person Quad Leaders’ Summit, which will provide an opportunity for the leaders of the four Quad countries to review the progress of initiatives taken by the grouping.

“We will also exchange views about developments in the Indo-Pacific region and global issues of mutual interest,” Modi said.

The Quadrilateral Security Dialogue comprises India, the US, Japan and Australia.

Modi also noted that the newly-elected Australian Prime Minister Anthony Albanese will be joining the Quad Leaders’ Summit for the first time.

“I look forward to a bilateral meeting with him during which the multifaceted cooperation between India and Australia under the Comprehensive Strategic Partnership, and regional and global issues of mutual interest will be discussed,” Modi said.

In his statement, the prime minister also said economic cooperation between India and Japan is an important aspect of their Special Strategic and Global Partnership.

“During the March Summit, PM Kishida and I had announced our intention to realize JPY 5 trillion in public and private investment and financing over the next five years from Japan to India,” Modi said.

“During the forthcoming visit, I will meet with Japanese business leaders with the goal of further strengthening economic linkages between our countries, in pursuit of this objective,” he said.

Noting that Japan is home to nearly 40,000 members of the Indian diaspora, who are an important anchor in our relations wih Japan, Modi said he looks forward to interacting with them.

Prime Minister Modi’s visit to Japan on May 23 and 24 to attend the summit is taking place under the shadow of the Russia-Ukraine conflict.

At a media briefing on Saturday, Foreign Secretary Vinay Mohan Kwatra had said the Quad leaders are expected to deliberate on the challenges and opportunities in the Indo-Pacific besides focusing on post-Covid recovery, health security, sustainable infrastructure and resilient supply chains at their summit talks in Tokyo on May 24.

He had said the Quad leaders are expected to deliberate on the vision for a free, open and inclusive Indo-Pacific and that they would take stock of the progress made so far under the framework of the coalition and give guidance for the future.