“Quad is a force for good, committed to bringing tangible benefits to the region,” said the joint statement 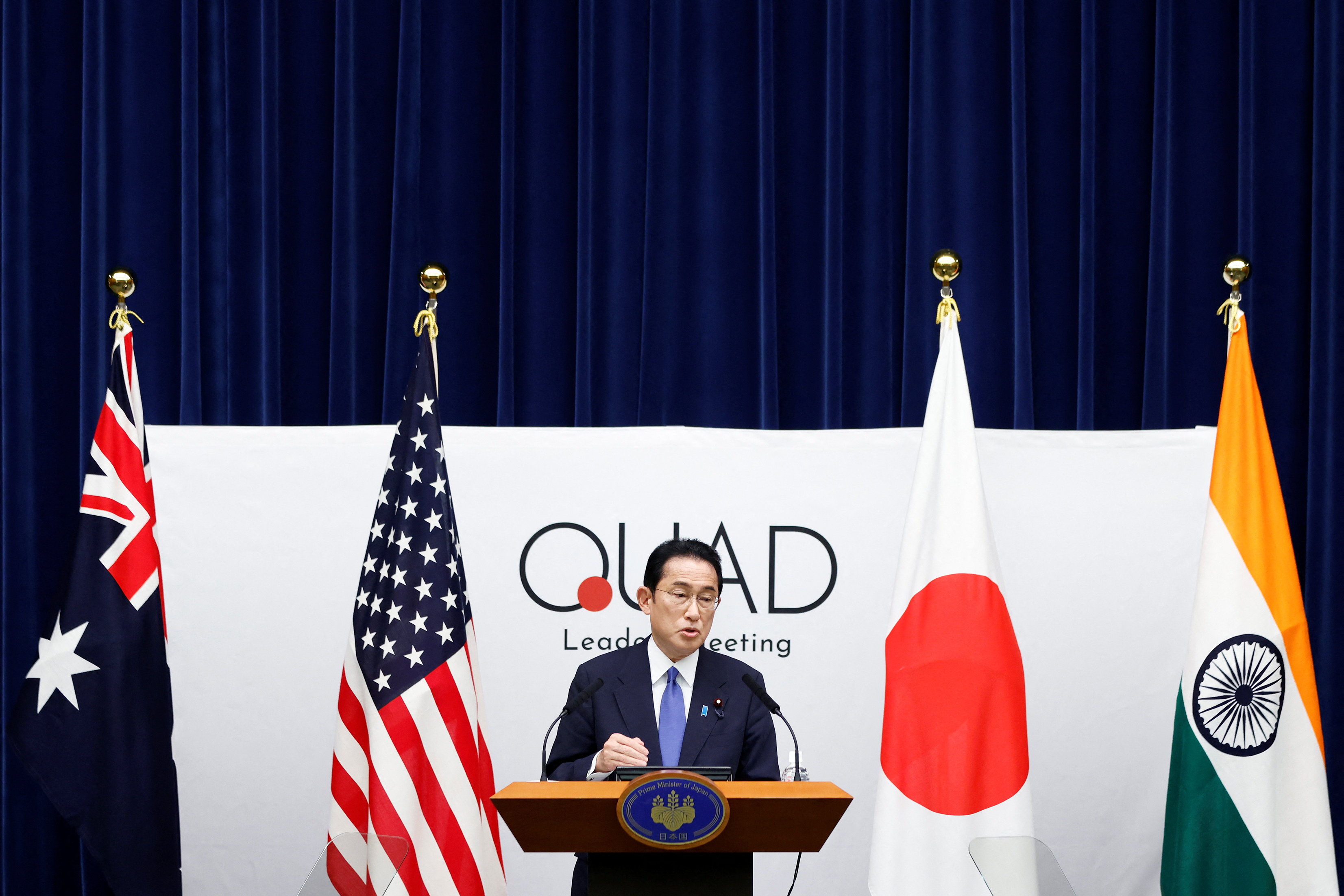 The Quad summit being held in Tokyo on Tuesday decided to extend over $ 50 billion of infrastructure assistance and investment in the Indo-Pacific over the next five years.

Moving on to delivering on the promises made in the first year of its establishment, the Quad in its second year, the Summit of the four leaders – US President Joe Biden and Prime Ministers Narendra Modi, Anthony Albanese and Fumio Kishida – announced a large number of initiatives in the joint statement released after the deliberations.

On the political front, the Quad was critical about the situation in North Korea, Myanmar and Afghanistan but in view of India’s reluctance, the joint statement did not criticise Russia. “Quad is a force for good, committed to bringing tangible benefits to the region,” said the statement.

The Quad mentioned its focus on South China Sea but refrained from mentioning China though the tone and tenor of several formulations in the joint statement left no doubt about their determination to counter Beijing’s forward forays. The Pacific Island countries this time came for prominent mention in the backdrop of China signing a military pact with one of them which is geographically close to Australia.

The Quad also dwelt at length on terrorism. It denounced the use of terrorist proxies, emphasised the importance of denying any logistical or military support to terrorist groups and condemned the 26/11 Mumbai and Pathankot attacks.

But a considerable focus was on emerging and critical technologies where the West is intent on maintaining an advantage over China. Work will begin by the four countries aligning their baseline software security standards and promoting interoperability and security in 5G supplier diversification.

A “Quad Climate Change Adaptation and Mitigation Package (Q-CHAMP)” will be launched with “mitigation” and “adaptation” as its two themes.

Quad partners have also collectively committed $524 million for the development of new vaccines to prevent and contain infectious diseases.