After being denied entry by the French embassy in Liangma Qiao, following an alert that he skipped quarantine rules, he tries to hop over the fences of the embassies of Malaysia, Israel and India 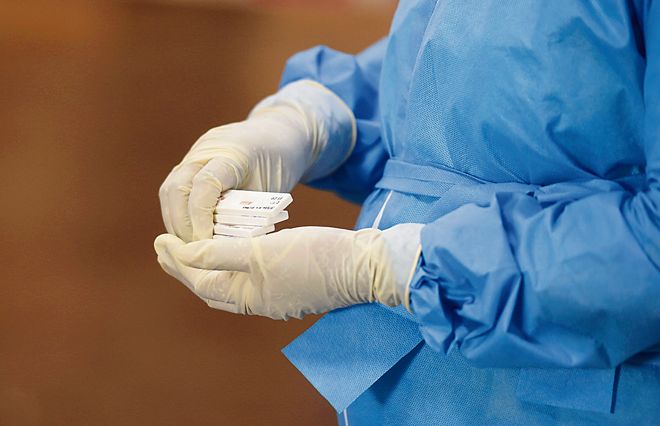 A French national, who wanted to avoid Covid quarantine after visiting medium-risk areas in China, created a commotion in the high-security diplomatic area here on Thursday when he tried to enter several embassies, including that of India, while being chased by Chinese health officials in PPE kits.

After being denied entry by the French embassy in Liangma Qiao here, following an alert that he skipped quarantine rules, he tried to hop over the fences of the embassies of Malaysia, Israel and India, which were guarded by the Chinese military personnel.

He was finally caught near the Indian Embassy by Chinese authorities, who briefly closed the roads to prevent him from escaping.

As videos shot by bystanders went viral, the Embassy of India quickly put out a notice in Indian community social media groups, refuting rumours that someone from the mission had been picked up by Chinese officials in PPE kits.

The issue had been resolved and was handled peacefully, the note said.

According to the notice, the detained foreigner was not Covid positive but had recently travelled to a medium-risk area and wanted to avoid the quarantine regime advised by his residential complex.

Beijing and several Chinese cities have stepped up quarantine protocols in the last few days for people who have travelled to areas within the country which have witnessed a spike in Covid cases, especially that of the Delta variant.

According to China's National Health Commission, 85 new Covid cases, including 62 locally transmitted cases, and 40 imported cases were reported on Wednesday.

The locally transmitted cases were reported from Jiangsu, Hunan, Beijing, Shandong, Henan, Yunnan and Hubei, the commission said on Thursday.

The total number of confirmed Covid cases on the mainland reached 93,374 by Wednesday, including 1,285 patients still receiving treatment, and 4,636 had died due to the virus which was first reported in the central Chinese city of Wuhan in December 2019. PTI