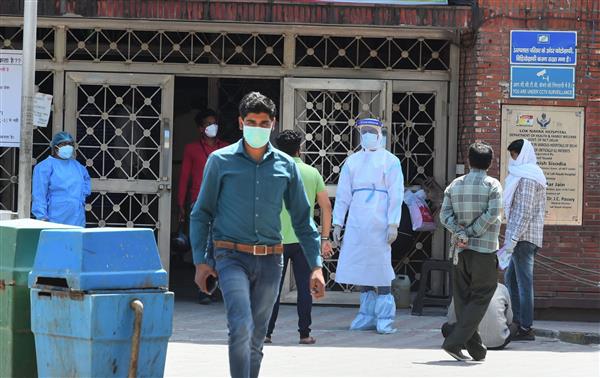 A 37-year-old man quarantined at the C (LNJP) Hospital here allegedly jumped from a building to escape, fracturing his legs in the process, police said on Sunday.

The patient, a resident of one of the DDA flats on Mata Sundari Road under the IP police station, was admitted to the central Delhi hospital on March 31 on suspicion that he had contracted coronavirus, Delhi Police Central District DCP Sanjay Bhatia.

The incident happened at around 11.30 pm on Saturday. The officer said the fall from the third floor of the hospital building broke the man’s leg.

His coronavirus test reports are yet to come in.

Doctors treating him said that he was stable. IANS