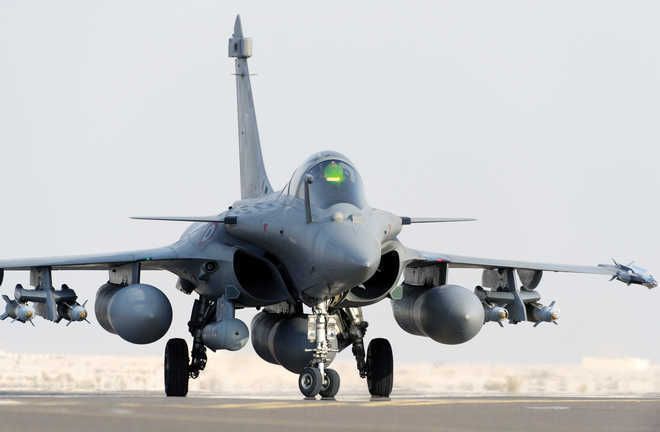 The Indian Air Force (IAF) on Wednesday formally inducted Rafale aircraft at Hasimara in north Bengal, right next to the narrow Siliguri corridor that connects the North-Eastern part of India with the rest of the country.

Air Chief Marshal RKS Bhadauria presided over the induction ceremony. The event also included a fly-past heralding the arrival of Rafale aircraft to Hasimara followed by a traditional water cannon salute. The jet has been inducted in the 101 Squadron of the IAF. — TNS