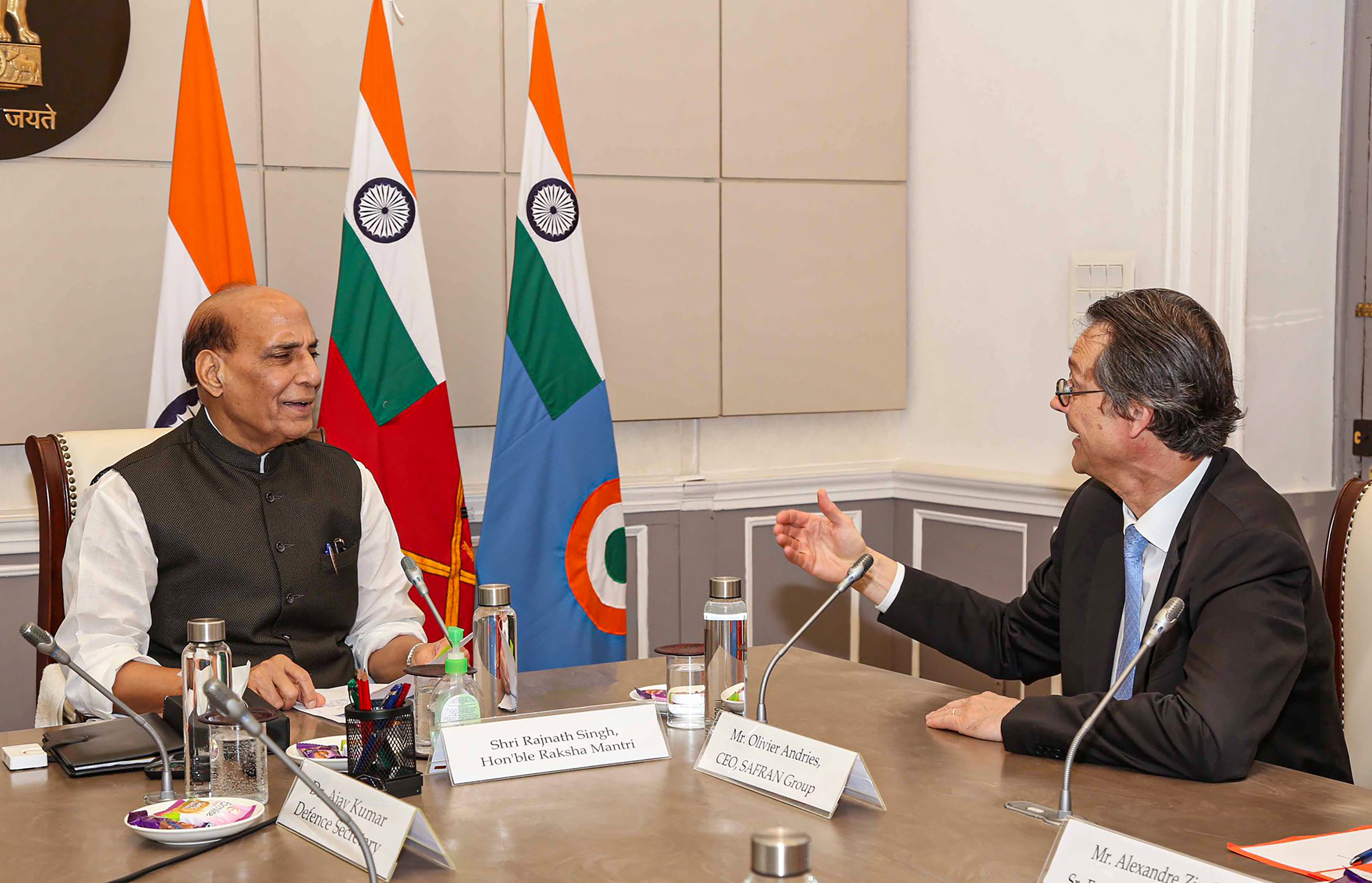 Rajnath Singh with the CEO of Safran Olivier Andries in New Delhi. PTI

The Navy is looking at the French Rafale-M and US-origin Boeing F/A-18 Super Hornet as choices for aircraft carrier-based fighter jets.

Defence Minister Rajnath Singh on Tuesday invited French aircraft engine-maker Safran for more co-development and co-production projects in India after a high-level delegation of the firm led by its CEO Olivier Andries called on him. TNS

The two jets have completed a series of demonstration flights to show adaptability as per Indian conditions. The US and France use a launch mechanism for fighter jets called the catapult assisted take-off but arrested recovery. India uses a mechanism called the short take-off but arrested recovery. The two are vastly different from each other and exert different stress on the jet as it takes off from the deck.

Navy Vice-Chief Vice Admiral SN Ghormade said on Tuesday, “Trials have been conducted. Once we have the trial report, we will hold staff evaluation and go in for an intergovernmental agreement.”

He was addressing a conference to brief on a forthcoming international seminar on innovation in naval engineering and how Indian products will be showcased to countries in the Indian Ocean Region.

He said the choice between French and the US jets was a temporary arrangement as the Defence Research and Development Organisation was working on the twin engine deck-based fighter and till it’s ready, the Navy would have to rely on either Rafale-M or F/A-18.