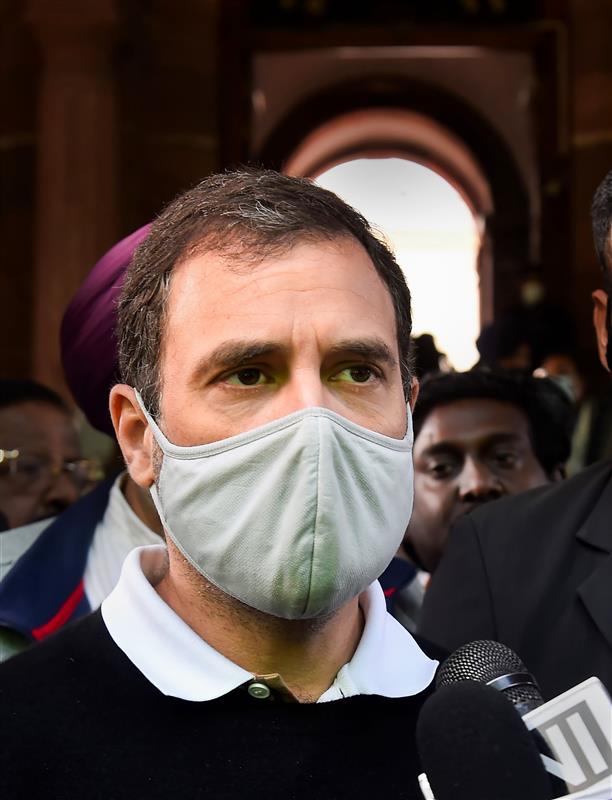 Congress leader Rahul Gandhi on Wednesday alleged that China was building a strategic bridge on the Pangong Tso lake in Ladakh, and took a swipe at Prime Minister Narendra Modi saying he "may go to inaugurate even this bridge".

He also questioned the Prime Minister's "silence" on the issue and said it is emboldening the spirits of the Chinese army.

"China is building a strategic bridge in our country. The PLA's spirits are being emboldened due to the silence of the PM. Now, the fear is the PM may go to inaugurate even this bridge," Gandhi alleged in a tweet in Hindi.

He also shared purported satellite images of the bridge connecting the north bank to the south bank of Pangong Tso Lake in eastern Ladakh.

Gandhi has been attacking the prime minister and his government over the handling of the border row with China in eastern Ladakh.

The government had earlier this month asserted that the bridge being built by China across Pangong lake is in an area that has been under that country's "illegal occupation" for around 60 years. The government had said it was taking all steps to ensure that the country's security interests are "fully protected".