The attack on the CRPF convoy took place in Jammu and Kashmir’s Pulwama district on February 14, 2019 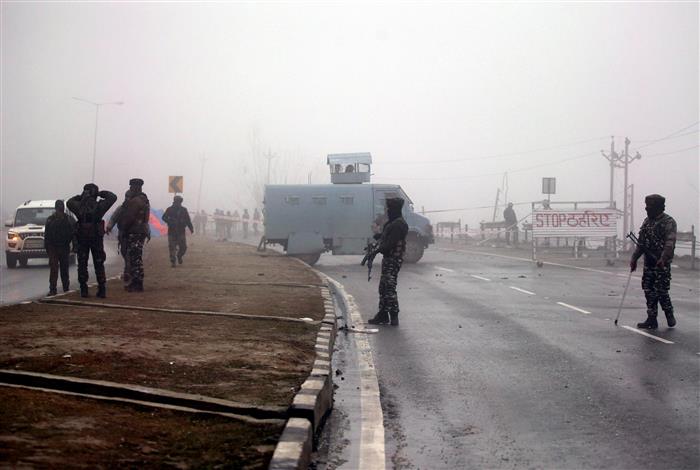 The convoy had 78 buses in which around 2,500 personnel were travelling from Jammu to Srinagar. Reuters file

Congress leader Rahul Gandhi on Sunday paid tribute to the 40 CRPF personnel who lost their lives in the Pulwama terror attack, in which a suicide bomber rammed an IED-laden vehicle into the convoy carrying them in 2019.

“Tribute to the brave soldiers, who died in the Pulwama terror attack. A tribute to their families as the country owes you,” the Congress leader tweeted (in Hindi).

The attack on the CRPF convoy took place in Jammu and Kashmir’s Pulwama district on February 14, 2019.

A suicide bomber rammed an explosive-laden vehicle into the bus. The convoy had 78 buses in which around 2,500 personnel were travelling from Jammu to Srinagar. — ANI